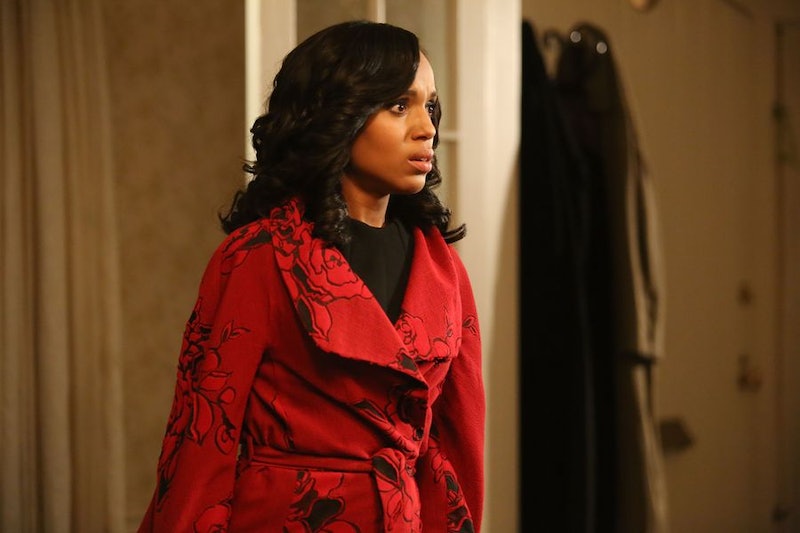 The first half of Scandal Season 5 may have ended in nothing but relationship drama for Olivia Pope, but now that the show is back, let's forget about that for a minute, because our favorite gladiator has way bigger problems on her hands. NSA Agent Diane Peters comes to Pope & Associates to get help because her computer is being hacked, exposing something extra, extra top secret called Project Mercury. It's a tough one, but as always, Olivia's willing to take on the challenge. But first, of course, the real question: What is Project Mercury, anyway?

The episode never fully answered the question, but whatever it is, it's big, thanks to the clues dropped about it. When Diane first came to the office, Huck had heard of it before but thought it was just a myth. And later, we find out that Fitz is concerned enough that the Post will publish what they know about Project Mercury that he decides to ask Jake to help him cut the leak off at the start, and even mentions that whatever they're dealing with is big enough to cause the United States to lose every ally.

It seems like they're making progress, but then, something big happens: Diane steps down from her position and Jake becomes the next director of the NSA. Wait, what?

Because it's not just that Fitz is appointing Jake to that position. Olivia quickly found out that Jake killed Billy, the suspected mole in the NSA, for leaking the information... when she opened a fridge and Billy's body fell out. And when Olivia talked to Jake about it later, he definitely didn't seem remorseful about it, because he could have saved lives by taking Billy's.

Whether he's right or not, I don't like Jake like this! Rarely is he seen as cold and calculating. Where is that warm, good hearted guy who loves Gettsyburger? Bring him back!

And in the meantime, I'm just crossing my fingers that Project Mercury isn't based on anything real. We still have no idea what it is, but it definitely sounds scary.