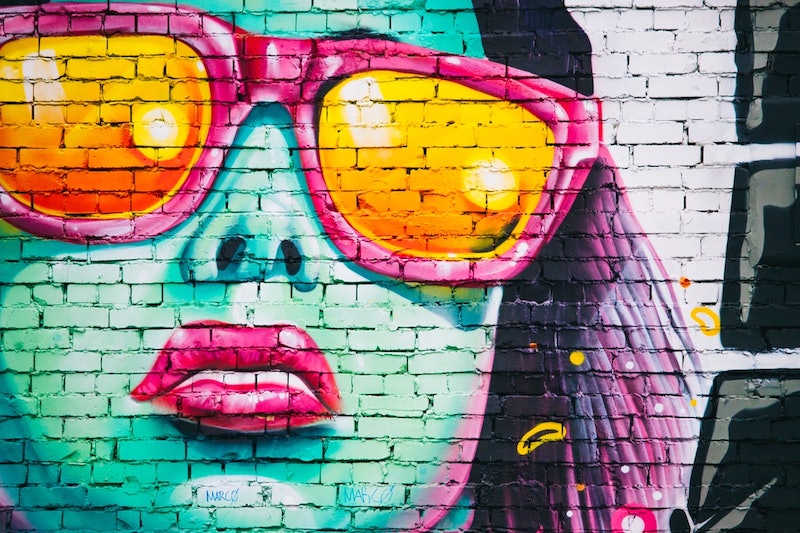 One of sex-positive feminism's central goals is to wrest female sexuality and its representations away from the clutches of patriarchal control, and often, sex-positive feminist art has a way of accomplishing this through the visual when the written and spoken word fails. This kind of aesthetic activism is exemplified by a new exhibition at the Dallas Contemporary, "Black Sheep Feminism: The Art of Sexual Politics," which showcases the work of four artists who challenged the sexual status quo in the 1970s. Joan Semmel, Anita Steckel, Betty Tompkins and Cosey Fanni Tutti each explored explicit female sexuality through diverse artistic practices, but all faced a level of exclusion from the feminist/art community as a result.

This South African artist's intimate and arresting photography, video, and installation art gives voice to her black LGBTQ* community and the prejudice and violence they face at home and around the world.

Blurring the lines between pop culture and high culture and reframing the selfie and selfie-taking as a fertile ground for feminist performance art, Kate Durbin's work seamlessly integrates IRL and URL.

As the sole subject of her digital and IRL work, Leah Schrager collapses the categories of both artist and muse in her boundary-pushing explorations of objectification and empowerment and the personal and the political.

Whether challenging the epidemic of military rape or exploring the aesthetic archetypes of hip hop, this transnational, radical, queer, feminist performance art collective is embodied feminism at its most colorful and eclectic.