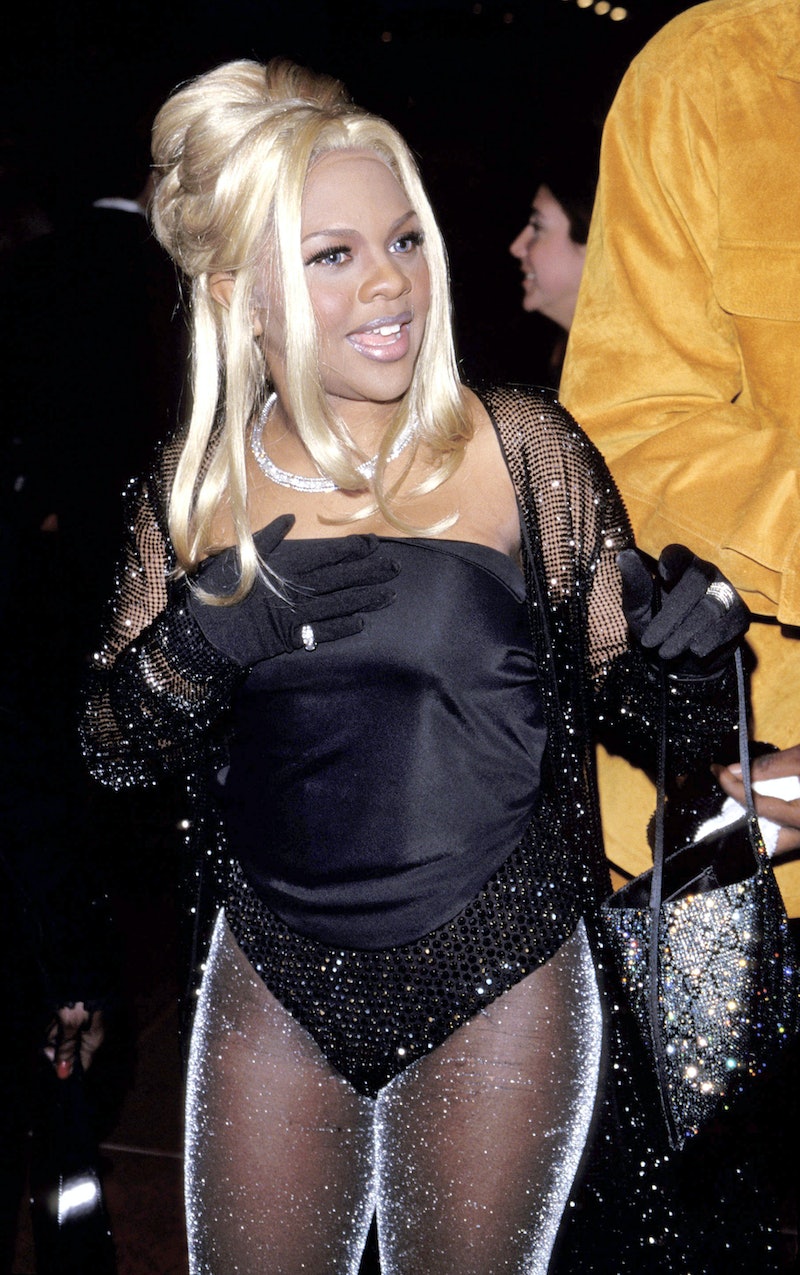 Is there anything the Millennial generation likes more than reminiscing about the '90s? Looking back at the fashion of awards shows from the era is always equal parts hilarious and nostalgic. And with the 2016 Grammys airing on Feb. 15, I cannot help but ask, what was the most '90s Grammys outfit ever? The one look to embody the decade?

While searching for the perfect ensemble that could sum up the decade in every way, the struggle to find a look that encompassed all my favorite aspects about the '90s — glitter and ridiculousness — was actually harder than it might sound. Early 2000s looks took my eye more than others, making me question my authenticity as an actual '90s kid. But when I found this look, I knew there could be no other.

From the bright, bleached hair, straightened to an inch of its life, with glitter upon glitter upon different kinds of glitter, to the perfect brown lip, there's nothing about this look that doesn't scream '90s. It takes a certain kind of human to pull off wearing only glitter tights with no skirt, shorts, or dress, and then paired with satin gloves adorned with rings. But who else could pull it off other than Lil Kim circa 1998?

Arguably the best '90s female rapper, Lil Kim killed it not only musically, but with her unique personal style. Unafraid of camp, glamour, or revealing it all, this star epitomizes all the best bits of the '90s.

The shimmery floor-length cardigan is something I would totally wear now. But then again, anything glittery is my instant favorite. Layering different kinds of sparkle shouldn't work, but it does — probably because of the shades of black used to highlight the glitter and remind us that this is a 100 percent authentic '90s look.

IMO, Lil Kim deserves way more style credit than she receives. Her heyday may have been the '90s, but if we spend so much time remembering and reliving the decade, we should also remember to pay Lil Kim the dues she deserves. So thank you Lil Kim, for teaching me that layering glitter isn't just OK, but that it looks damn good.