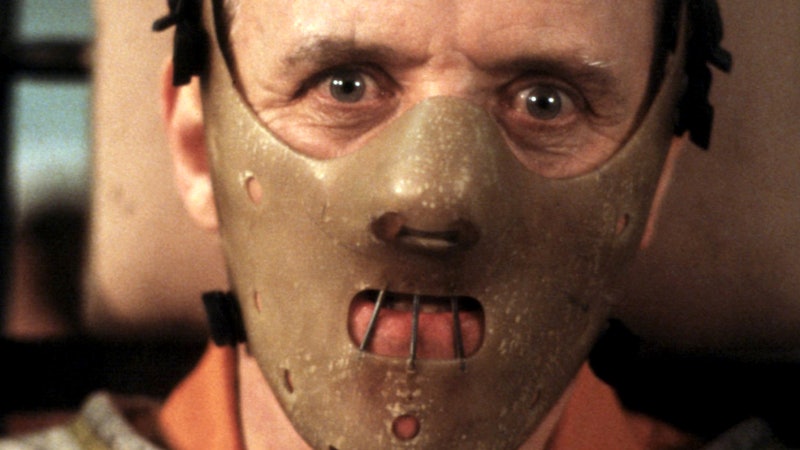 As a horror movie buff, I’ve seen them all. From The Bad Seed to The Babadook, there aren’t many scary flicks that I haven’t sat through (and I even saw Crimson Peak, which was a mess). That’s why I was so surprised when I realized that I had never seen Silence Of The Lambs. It does fall more into the horror/thriller category than flat-out jump scares, but considering it’s a classic, I needed to get my act together. Luckily, I’m just in time for its 25th anniversary. I just needed to know — is Silence Of The Lambs still scary?

Silence Of The Lambs really pushed the envelope for creeping horror when it was released in 1991. Even though Anthony Hopkins is only on screen for something like 16 minutes, his chilling performance won him an Academy Award for Best Actor. Jodie Foster, playing FBI Agent Clarice Starling, took home an Oscar for Best Actress. I personally think that Ted Levine, who played serial killer Buffalo Bill, should have also taken something home for his crazy performance, too. Great acting aside, the movie landscape has changed drastically since Silence Of The Lambs was released, and the movie is just not as scary now as it was back then — we’re just so desensitized. Here’s why.

The news cycle in the early 1990s was nowhere close to what it is now. In 1991, you watched the evening news to figure out what was going on in the world. Today, you can watch any of a selection of news-only channels to find out the newest controversy. Sometimes, it’s not even real news — it’s just the flavor of the moment, blown up to seem like news. Due to the fact that we’re just constantly bombarded with violence and scary stories, scary stories in the movies have to be way ramped up to catch our attention. Real life is scarier, and it’s definitely scarier than Silence Of The Lambs. It’s not that watching Catherine get kidnapped isn’t horrifying — it’s just less horrifying because we have Nancy Grace to remind us that this stuff can be real.

The Natural Evolution Of Entertainment

Everyone always wants to push the barriers of what can be done. Gone With The Wind did it when they said “damn” in the movies. NYPD Blue did it when we had to see Andy Sipowicz’s bare butt on regular broadcast TV. South Park said “shit” over and over and over again. Between Silence Of The Lambs and now, we have 25 years of breaking down barriers and causing controversy in the name of shock factor. I watched Tig on Sons Of Anarchy witness his daughter burn to death in a pit in front of him. We passed shocking a long time ago, and it just keeps getting worse.

The Movie As Cultural Zeitgeist

When you know something and can understand or at least explain it, it ceases to be frightening. How many “Hello, Clarice” or “fava beans and a nice Chianti” jokes have you heard in your lifetime? Silence Of The Lambs was shocking in its first years because it hadn’t yet been spoofed. Remember how good Paranormal Activity and The Blair Witch Project were before 30,000 other found-footage movies came out? Same deal. The bandwagon ruins everything.

While Silence Of The Lambs is a great film with great performances, it’s just not nearly as terrifying as it could be (or as it probably was in 1991). The lotion, the skin, the basket, etc. — they’re all just parts of a film in the cultural canon.