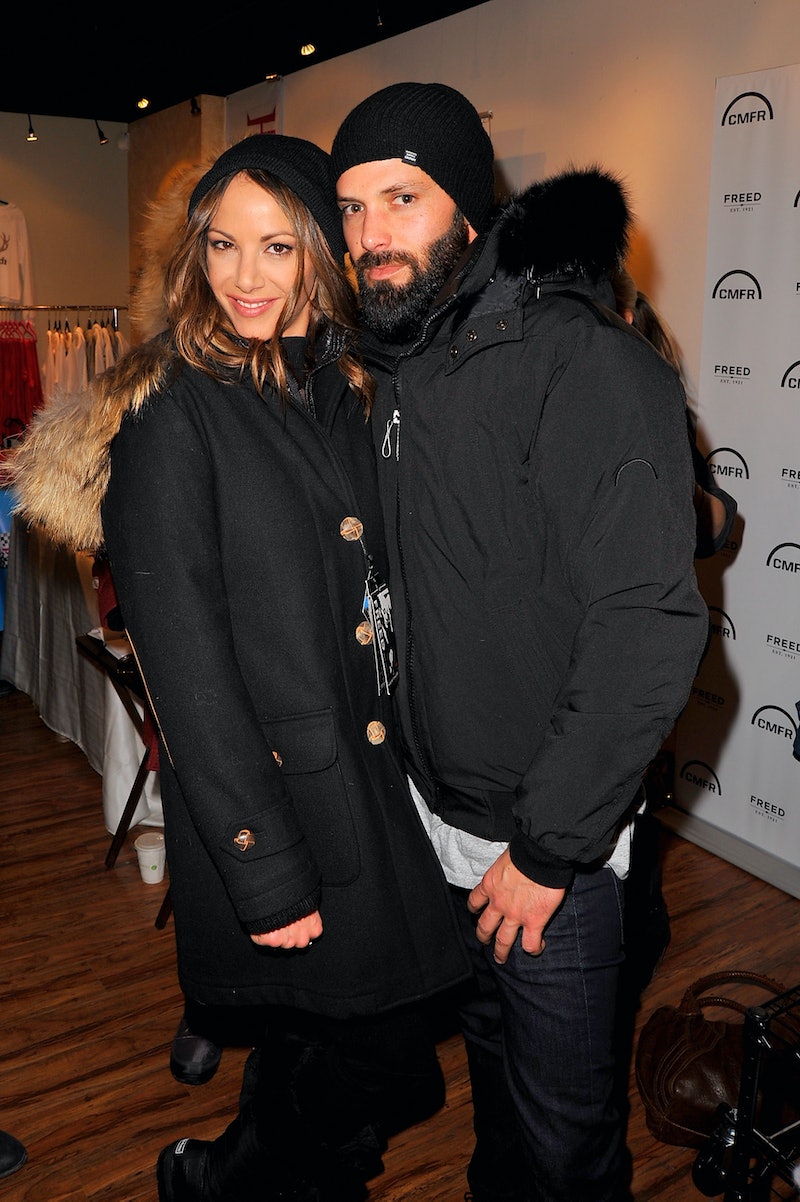 This season on Vanderpump Rules is the year of the Doute. After a rocky three seasons, Kristen Doute has control of her life, has dumped James, and is moving onwards and upwards. Since breaking up with James, Kristen has gotten back into the dating field. First, she dated that guy who like lived on her couch for a while, only to learn he had a girlfriend. And now on Vanderpump Rules, Kristen is dating a yacht captain. Fancy stuff. Because we all love her this season — that's not just me, right? — you might be wondering who Kristen is dating now that Vanderpump Rules is no longer filming. Well, sorry to burst the bubble of those 'shipping the yacht captain (get it?) but Kristen's found herself a new man and this guy actually seems pretty legit.

Many moons ago, Kristen was dating Tom Sandoval. That didn't end great, since after they broke up because of infidelity, she vowed to break him and his current girlfriend up. Well, those days are gone, because now Kristen is more focused on making her new and blossoming relationship work. But with who, you ask?

If you follow the Vanderpump star on Instagram, then you've seen her cozying up to a very handsome bearded man since September. If social media is any indication, it seems like the two are still going strong. But who is this guy? E! Online reports that his name is Brian Carter, and the two reportedly met on the dating app Bumble.

Although the news is just from an insider, I have to give major props for Kristen dating outside the Vanderpump Rules circle of friends (and friends of friends... especially Jax's friends).

It appears that Carter is a photographer — or at least does photography as a hobby — and he and Kristen seem really into each other. If you don't believe me, allow their Instagram photos to speak for themselves.

Congratulations to the happy couple — may you live your lives sans Uber scandals.