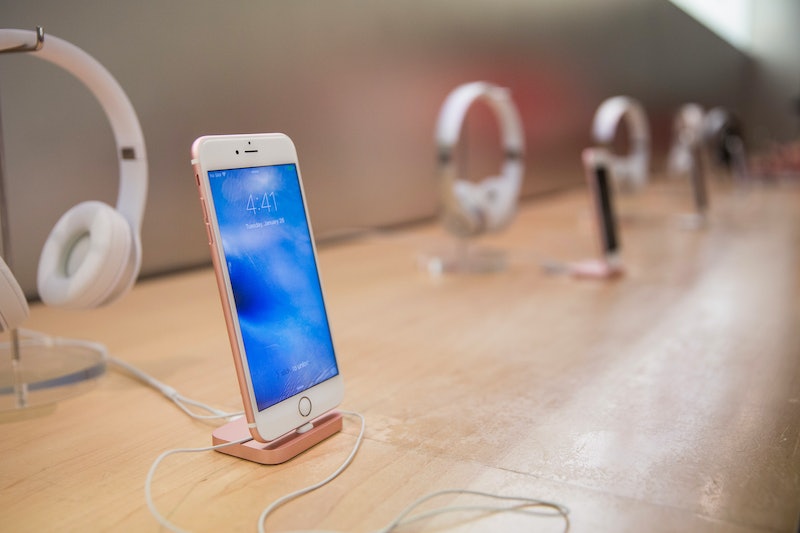 Sometimes, the Internet isn't always your friend when it comes to technology advice. A bogus claim that Apple has embedded an Easter egg on the iPhone has been reported to be nothing more than a very costly joke. The one iPhone hack you should definitely not do that will brick your device is as follows: Setting its date back to Jan. 1, 1970 and restarting your phone. Why set the date back that far when it's already 2016? Well, iPhone users had been led to believe that the time change would unlock a nostalgia-worthy "classic Macintosh theme" on their devices, which is sadly not the case.

A fake advertisement was reportedly posted on controversial forum 4chan, celebrating all the revolutionary things that Apple had done while claiming that turning the clock back on your phone will bring you on "a wild ride." Unfortunately, that wild ride is nothing more than an endless loop of your iPhone attempting to boot up over and over again. The problem extends far beyond iPhones as well. Every portable 64-bit device such as the iPhone 5s and all newer iPhones, are at risk.

This includes iPad minis, the iPad Air, as well as the sixth generation iPod touch and all newer iPod touch devices, which were released last year.

The date itself should be a major red flag if you are either a computer programmer or are aware of what is known as the "Unix epoch." Under the operating system's language, Jan. 1, 1970 ultimately amounts to a zero value in binary, the language of ones and zeroes that bring all computers to life. This glitch potentially renders programs — or in this case, entire devices — useless. The phenomenon is somewhat related to the Y2K scare that occurred leading up to Jan. 1, 2000 and may very well become an issue once the calendar hits Jan 19, 2038, which is when computer experts have stated the next "unix epoch" is set to take place.

Though many have speculated that the "unix epoch" is to blame for the bricking, there is no definitive answer from Apple as to what's actually happening to iPhones following the time change to Jan. 1, 1970. The company has stated that they're currently looking into the issue. Additionally, Apple wasn't founded until April 1, 1976, thus the date is relatively meaningless to Macintosh devotees.

Those seeking a bit of nostalgia on their phone minus the risk can find plenty of retro Apple wallpapers as well as other vintage Apple items online. Luckily, there is no reason to try this alleged iPhone hack that carries more risk than it does rewards.