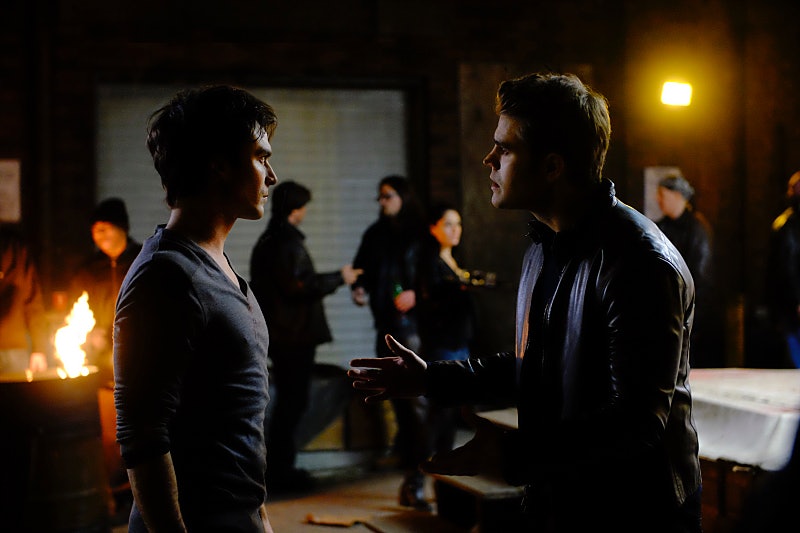 Well, we knew this was bound to happen eventually, right? Stefan now knows that Damon burned Elena's body on The Vampire Diaries and his reaction was honestly almost as painful as watching the act itself. The show focuses so much on the Delena aspect of things, it's easy to forget how much Stefan cared for Elena as well, so this proved to be particularly devastating. However, I'm still inclined to believe that this is all one very big red herring. In fact, I think I've found a vital clue that proves Elena is still alive on TVD . You see, it all comes down to this one question: where is Tyler?

We haven't seen hide nor hair of our favorite werewolf since Damon bashed his head into the cement during last week's episode. Clearly, the injury doesn't kill him since we see him again in the flash forwards. So why would the writers be hiding him from us? Perhaps because he's the only who can confirm what we already suspect — that he'd actually switched out Elena's body in the casket and used another body in place as a sort of decoy. He holds the power to clear everything up and allow us to rest easy again. But naturally, the series is going to string this along for as long as they can.

On the bright side, though, Stefan's rage over Elena's "death" was enough to push him over the edge and kill Julian once and for all. So at least that annoying character is out of our hair for good. But until I hear the confirmation from Tyler's own lips, I won't believe that Elena has shared the same grim fate. She deserves much better than that, and come to think of it, so do we.