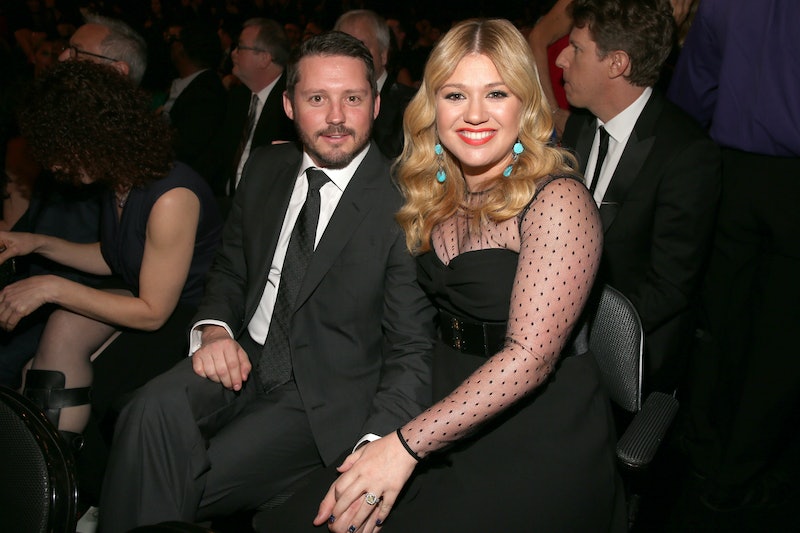 It would've been her eighth time on the red carpet, but unfortunately Kelly Clarkson wasn't at the Grammy Awards. Instead, she appeared as a judge and performer on American Idol, but there's no doubt in my mind that she would've looked classic and timeless on the red carpet. With her soft meets edgy vibe, the singer shone bright for all her other nominations, so odds are she's looking great from wherever she's watching.

Clarkson normally sticks to all-black for the awards show, so there's a good chance that she would've rocked the color this year as well. She's had a lot on her plate lately with a new children's book coming out, but it turns out she just choose American Idol over the Grammys. Even though she's not there to celebrate with everyone else, the Grammy Darling is nominated for Best Pop Vocal Album and Best Pop Solo Performance this year.

The singer is no stranger to awards shows, so maybe she's just over getting all dressed up for red carpets. She's won two other Grammys in the past and even hilariously live-tweeted last year's show to perfection. Although she won't be performing this year — or even making an appearance — like she did in the past, here's some of her past looks to get an idea of what she would've worn.

How gorgeous did she look?!

She chose another all-black dress for the 2012 Grammy Awards.

Switching up the color for the red carpet this year, Clarkson looked equally as fabulous as her all-black picks.

She did change into her go-to color for her on-stage performance, though.

Clarkson juggled double Grammys back in 2006 in her gorgeous black gown with tons of texture.

I think it's safe to say she would've stuck to her classic color palette if she would've been at this year's event.