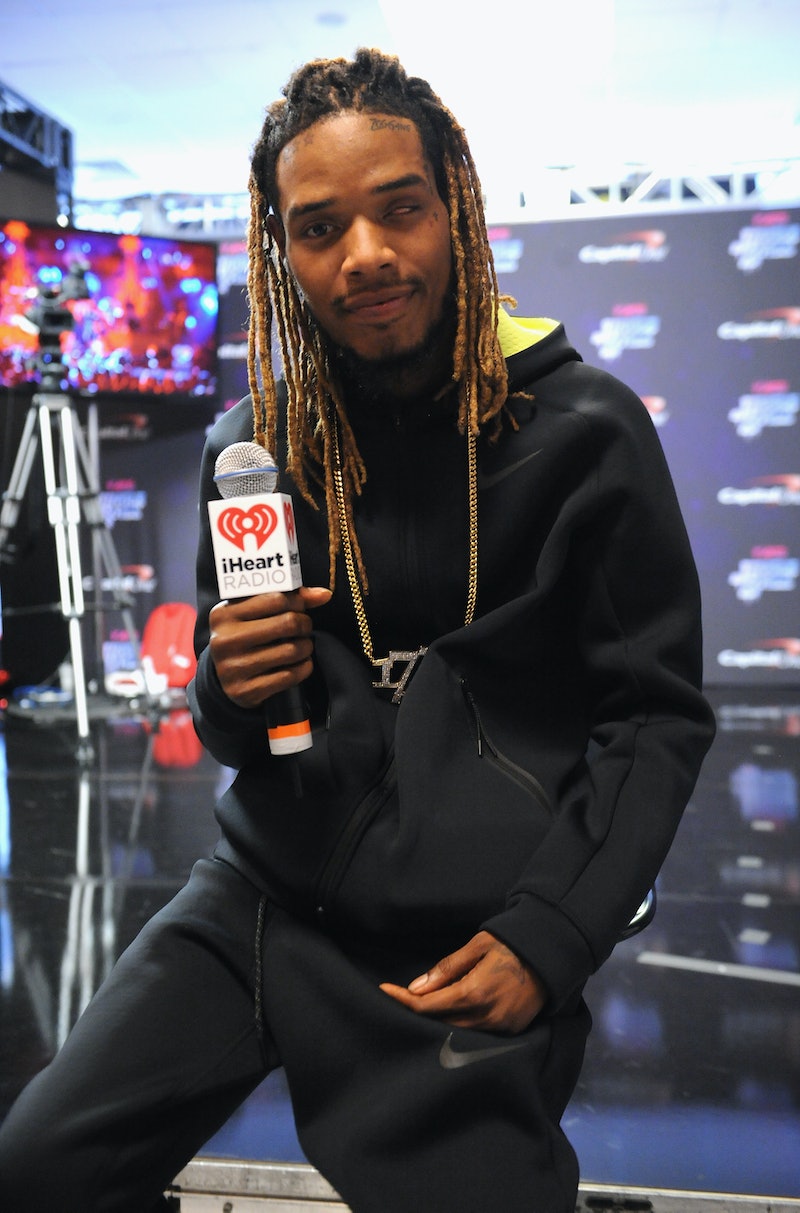 After becoming the first male solo artist since the Beatles to chart three debut singles concurrently (according to Billboard — check it!), Fetty Wap's been popping up everywhere: On the Seattle leg of Taylor Swift's "1989" tour, in California partying it up with Rihanna, and even on your emoji keyboard. If you're at all into "Trap Queen" (which, come on, you are), you already know by now that Fetty's group, Remy Boyz 1738, takes its name after the cognac. "1738 is the finest liquor in the urban district," Fetty explained to VladTV. "If you go to the liquor store and you get a bottle of 1738, it’s going to be the most expensive Remy… And that’s what we are, we’re the finest, we’re the best." But, with Fetty a bona fide artist in his own right now, it's worth asking: where did the name Fetty Wap come from?

As he told The Daily Show's Trevor Noah in Interview Magazine in Feb. 2016, "Fetty Wap is that person that holds it together, and the only way you can hold it together is by having family around you. So Fetty Wap is just a face. [He is] just a name and face. They hear a song, and they see a name. Then they see a face behind the song, but they don't know the person. That's why I've got alter egos, like Zoovier."

But, where did he come up with the name? His stage name, as it turns out, comes from his dual interest in both money and rapper Gucci Mane. In an interview with GlobalGrind, he explained, "'Fetty' is money. Wap is from Gucci Mane [nickname] Guwop." The Paterson, New Jersey-born rapper, who is up for two Grammy awards this year for Best Rap Performance and Best Rap Song, was named Willie Maxwell at birth after his grandfather. But in that same interview, Fetty was also revealed that he's considering formally changing his name out of respect to his now-deceased grandfather, a pastor.

His given name 'Willie' is also where Fetty's first nickname came about: One-Eyed Willie. He told Power 105.1's Angie Martinez that while he'd never thought of himself as disabled in any way, a childhood condition led to his wearing a prosthetic eye for years — although none of his classmates knew until he "popped it out" for them sometime in middle school. It's now a part of his signature look.

At the end of the day, however, it seems Fetty isn't too hung up on which name to use. As he told Noah in the same interview with Interview, "I don’t care about being Fetty Wap. Like, this doesn’t mean anything to me. My plan was to make sure that my son would be good, and I have a daughter now, so now she’s included into the equation, and the work I do as Fetty Wap made me care." So there you have it — the meaning behind Fetty's name.