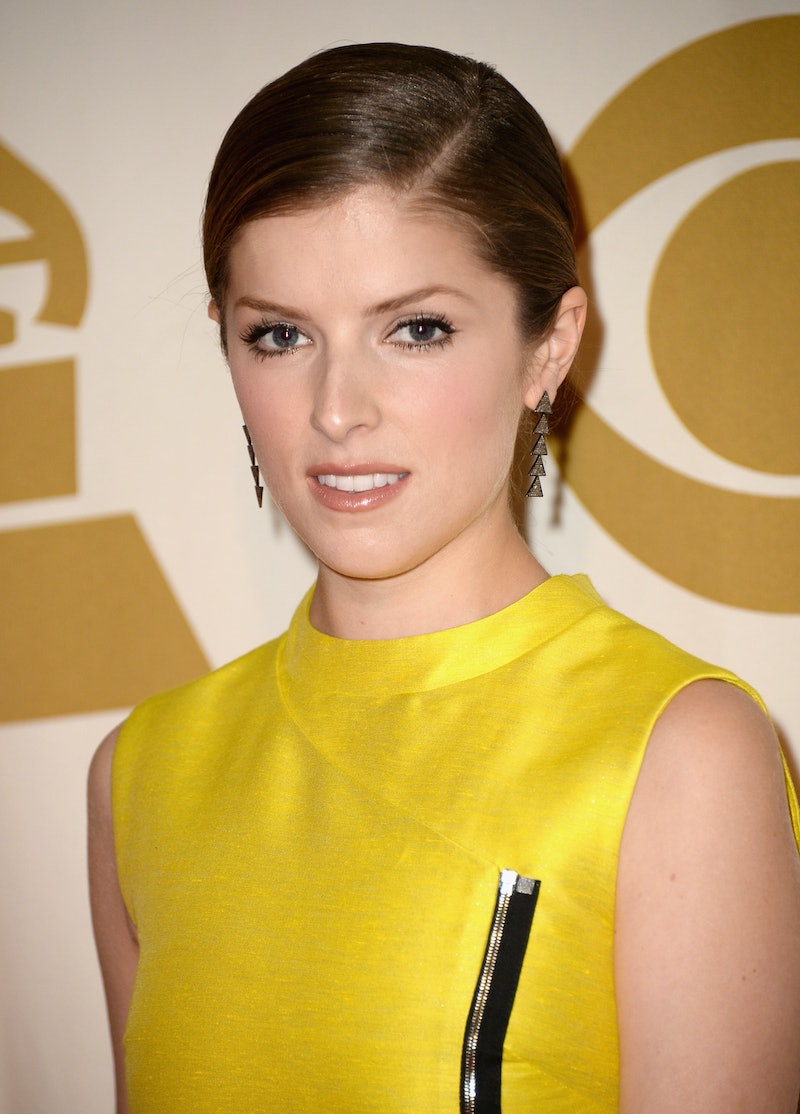 Watch out, Jennifer Lawrence: Anna Kendrick is beginning to come extremely close to beating you in the "America's BFF category." In a new video for MTV News at Sundance, Anna Kendrick played a hilarious game of "Would You Rather," as did other celebs like Miles Teller, Chloë Moretz, Kristen Stewart...ah, who am I kidding? All anyone cares about is Anna Kendrick, so let's talk about Anna Kendrick. In the clip, Kendrick is asked: "Would you rather wear only Sundance swag, or go naked?" While others like Shailene Woodley said "naked" because they're so free-spirited or whatever (girlfriend makes her own toothpaste ), Kendrick gave a more honest answer: "Nothing but swag — big time. I want all the free sh*t!"

Look, I appreciate her honesty and I can relate to it. We're already best friends.

This is only the most recent thing Kendrick has done lately to make the world love her more than most other young starlet today: She also appeared in a hilarious new commercial for the Super Bowl in which she talks about how she's "approachable hot" and "well-rounded" because she's done both indie and big blockbuster movies — it's really hilarious. Also, she met Beyoncé and the Grammys, and fangirled out, just like anyone else would. She really is one of us.

Check out the "Would You Rather" game clip below.