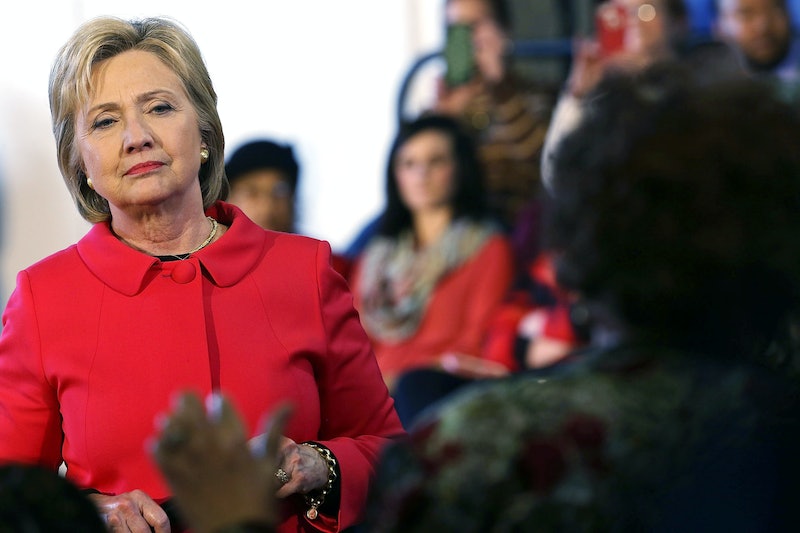 Just in time for the South Carolina primary, the U.S. Department of State released a whole new round of emails sent and received from Hillary Clinton private server during her tenure there. This latest episode of Emailgate features 551 emails dated between July 16, 2009, and Jan. 25, 2013, and totals 1,012 pages. Now, the public has access to nearly 46,000 pages of Clinton's emails, many of which had to be upgraded to either "Confidential" or "Top Secret." What can the public learn from these new 551 Clinton emails? To start, none of these recently released emails had to be labeled "Top Secret," which should make the Clinton camp breathe a sigh of relief.

Yet a number of these latest emails were given classification labels, potentially fueling the Republican fire against Clinton and her ongoing presidential campaign. According to CBS News, sections of 84 Clinton emails have been identified as either "Confidential" or "Secret," the latter of which is a higher classification level; just three of those 84 emails were upgraded to "Secret." The State Department also confirmed that none of these emails were marked with these special designations at the time they were either sent or received.

Here's some things we learned from these newly released emails so far...

In one email from 2012, Tom Malinowski, the then-Washington director for Human Rights Watch, emailed Clinton about the unfolding conflict in Syria. Malinowski attempted to make a case for a no-fly zone over Syria, writing to the State Department:

I recognize that the cavalry is not suited up and ready to ride, and that the mission would be far from simple or cost-free, even if limited to no-fly. But in the meantime, even maintaining a credible threat of action would have a positive impact. Our team reports that Secretary Clinton's visit to Turkey produced not just hopes on the rebel side, but also apprehension on the gov't side, including a lull in air attacks (indeed, our folks used this window to move around more freely). But then the attacks — especially aerial bombing — seemed to spike again after Secretary Panetta said that a no-fly zone was not on the front burner. Local activists and leaders we work with were upset — not so much by the substance of this statement (they don't expect immediate action), but by the fact that he made it publicly, which, they felt, suggested to government forces that they could carry on.

Anne-Marie Slaughter, the woman who made the question "Can you have it all?" so famously controversial, worked for the State Department as the director of policy planning between January 2009 and February 2011, so her emails to Clinton are not unexpected. However, I enjoy seeing this friendship between these two high-powered women play out via supportive email threads. In one email from May 2011, several months after Slaughter left the department, she wrote to Clinton with these uplifting words:

Life is good and I feel VERY blessed. And still receiving continual bouquets of praise on your behalf — everyone of every description tells me how much they appreciate the job you are doing for the country. It's actually very heartening to hear, particularly across the political divide.

Sidney Blumenthal, who served as a political aide to President Bill Clinton, has consulted with Hillary Clinton on various issues during her tenure with the State Department — a relationship that has been criticized by many in Washington. Clinton initially wanted to have Blumenthal on her team, but was blocked by President Obama's adviser. Blumenthal has been known to dole out his advice to Clinton on a number of issues, scandals, and conspiracies, including, as revealed on Saturday, the sexual scandal of former CIA director David Petraeus:

My operative theory on Petraeus scandal is that it became an October Surprise that failed. Forcing the scandal public and his resignation would have been the trifecta — leaks, Benghazi, then Petraeus — allowing Romney to argue that Obama had created a national security collapse. It would have overtaken the end of the campaign.

"Happy to have you aboard the Tumblr express," Clinton wrote in one email from April 16, 2012.

"Love the story and your comment about mothers is priceless," she wrote in another email dated April 23, 2012.

Come on, how can you not be charmed by the "Tumblr express?"

You probably didn't think that Hillary Clinton's campaign emails and power ballads had anything in common. Our lifestyle editor, Emma Lord, is here to prove you wrong...