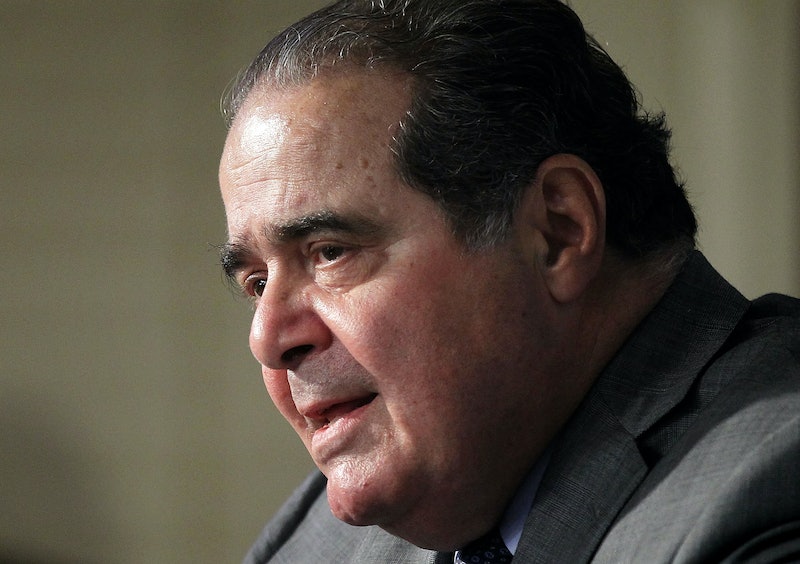 After spending a day hunting in Texas, a Supreme Court justice died in his sleep at the age of 79. Reactions to Antonin Scalia's death ranged from pure shock to complete confusion, as his death was completely unexpected. The conservative justice reportedly died in his sleep of natural causes. Texas Gov. Greg Abbott confirmed the news in an emotional statement, calling Scalia a "man of God, a patriot, and an unwavering defender of the written Constitution and the Rule of Law."

Abbott continued with his praise of the justice, stating that he was the "solid rock who turned away so many attempts to depart from and distort the Constitution," continuing, "we pray that his successor on the Supreme Court will take his place as a champion for the written Constitution and the Rule of Law." Many throughout the United States saw Scalia like the Texas governor did — as a warrior for the conservative side of the law. But many others felt differently, pointing out their dissatisfaction with many of his decisions he made while serving on the Court.

Despite opinions of the judge, one person, Chris Kluwe, pointed out on Twitter something everyone should remember. Kluwe wrote,"I am not Justice Scalia's biggest fan, but we should always take a moment to reflect when someone passes. We all deserve at least that."

Many people expressed condolences for Scalia's family as well as his friends, such as Ruth Bader Ginsburg, who had a deep friendship with Scalia despite being on polar opposite sides of the political spectrum.

Others, like Gov. Abbott, praised Scalia and the impact he has had on the country, or mentioned several of his writings and dissents that have become famous over the years.

And on the opposite side, some people took the chance to show their frustration at his politics and express hope that a progressive justice will take his place.

Many, though, reacted with a mix of these feelings — showing that they thought his opinions and actions were distasteful, but still acknowledging that a man who spent his life working for the country has died.

It's not yet clear when Scalia might be replaced or who might take his place, but many are surely thinking of Scalia and where the country will go from here.