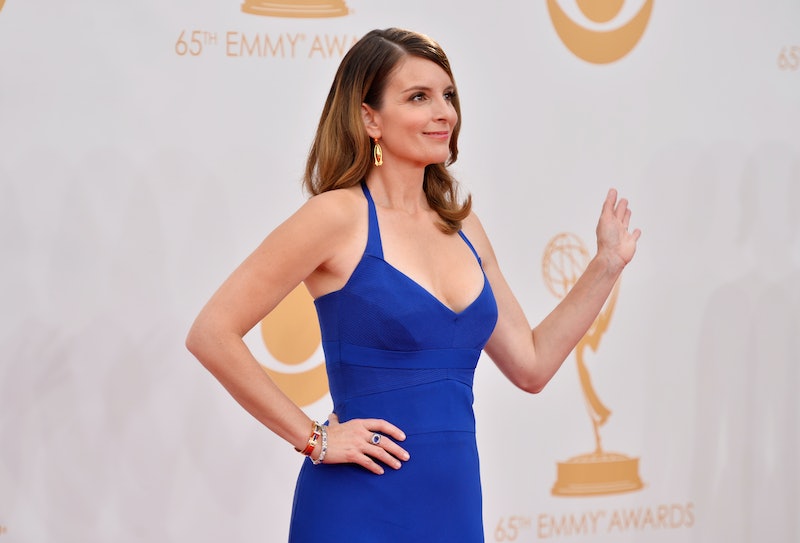 Most of us like to imagine that on some level, Tina Fey is our best friend — or a person so perfectly suited to our sensibilities that all it would take is a chance meeting for her to become our best friend. And while, unfortunately, Fey isn't exactly holding new bestie tryouts, she is in the latest episode of Comedians in Cars Getting Coffee (below) and chatting with Jerry Seinfeld about basically everything you'd talk to her about if you had the chance.

And what is this glorious vicarious privilege like? Probably just as delightful as you've ever imagined an afternoon in New York with Fey might be. Seinfeld picks Fey up at her office, takes her out for a milkshake in Harlem then treats her to her first cronut in the West Village, all the while chatting away like the old pals you wish you and Fey could be. The video is so lovely, you almost manage to stave off envy of Seinfeld's incredible social circle. Almost.

Still, we learn some pretty incredible things about Fey, such as:

Basically, if you can't actually hang out with Tina Fey (see: most of us), this is the next best (possible) thing.

More like this
Idris Elba "Breaks Out" Of London In 'Luther' Film First Look
By Sam Ramsden
Yes, That's Lindsay Lohan's Sister Singing In The 'Falling For Christmas' Movie
By Radhika Menon
Keke Palmer Paid Tribute To "Other Half" Darius Daulton After Announcing Pregnancy
By Jake Viswanath
'The Holiday' Director Just Addressed *Those* Sequel Rumours
By Sam Ramsden
Get Even More From Bustle — Sign Up For The Newsletter