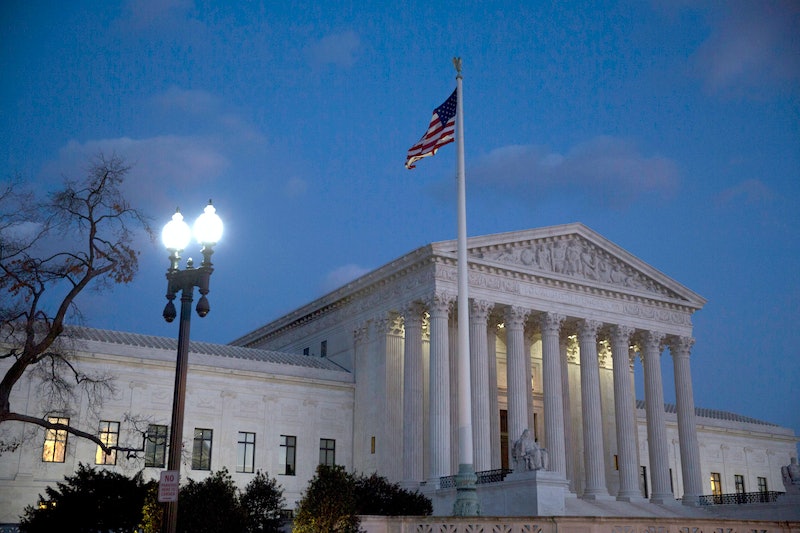 In the wake of Justice Antonin Scalia's death on Feb. 13, Judge Sri Srinivasan has gained popularity in the news as his possible replacement. While Justice Scalia is notorious for his conservative views, Srinivasan has a nonpartisan history working as a litigator with both Republicans and Democrats. Throughout his 14-year career and after attending both law school and business school, Srinivasan has experienced working with cases on opposite ends of the political spectrums. Now, as many are looking to him as the possible replacement for Justice Scalia on a GOP-controlled Supreme Court, many are wondering: Is Sri Srinivasan liberal?

Because Srinivasan has spent most of his career defending the views of others, rather than making clear where he stands on issues, Republicans, Democrats, and Liberals alike have been weary of his allegiance to their political parties. Although Liberals have said he is not "the next Thurgood Marshall or Justice Brennan," they could not deny that he is a qualified lawyer and judge who could successfully defend issues important to Liberals in front of the Supreme Court. If you're left wondering whether Srinivasan is Team Blue or Team Red, here's a breakdown of his bipartisan experience that proves he is more moderate (leaning liberal, though) than anything.

After graduating Stanford Law School in 1995, Srinivasan started working as a law clerk for two Republican-appointed judges. The first was Judge J. Harvie Wilkinson III, who was nominated to the Fourth Circuit Court of Appeals by Ronald Reagan. Although Wilkinson was considered Republican, he expressed bipartisanship in his personal views, most notably in an Op-Ed for the New York Times. After that, Srinivasan worked as a law clerk for Supreme Court Associate Justice Sandra Day O'Connor. Many viewed O'Connor as a moderate Conservative, but in her latter years she often had the swing vote, which made her more bipartisan. That means Srinivasan's early exposure to a legal career was largely nonpartisan, despite working with two judges who had fairly conservative beliefs.

For five years, Srinivasan worked under the George W. Bush Justice Department. Bush stayed true to conservatism throughout his eight-year term, which proved to be a partisan experience for Srinivasan during his time under his Justice Department. However, many of the connections Srinivasan made while working for Bush helped get him appointed to the D.C. Circuit. According to the New York Times, Paul D. Clement and Theodore B. Olson, both solicitors general under Bush, sent a letter of support when Srinivasan was nominated for the D.C. Circuit.

When Srinivasan worked for O'Melveny & Myers LLP, he defended Exxon Mobil in a lawsuit they faced for human rights violations abroad. During this private-sector work, Srinivasan argued that Exxon Mobil shouldn't be held accountable for these violations when they took place outside of the U.S. However, Liberals were not happy with Srinivasan's decision because of the severity of this lawsuit; an Indonesian village accused Exxon Mobil Corp's security forces of torture, murder, and other violations against their people. Similarly, Srinivasan successfully represented a newspaper publisher that fired its employees for unionizing against the publisher's biased interference in its reporting. He also defended Enron President Jeffrey Skilling, who was later convicted in a significant financial fraud. After these defense cases, Liberals weren't sure if Srinivasan shared their views, especially with regards to human rights.

After working with Bush, Srinivasan began working under President Obama's Justice Department. This experience was formative in Srinivasan regaining his bipartisan appearance, as he had numerous opportunities to work for cases that Liberals cared about. Srinivasan supported affirmative action, and he worked against Indiana's restrictive voter ID law; he represented a Spanish-speaking child who pursued a case against Arizona for not providing sufficient English-language instruction to its students; he also helped prevent a legal immigrant from deportation over a minor drug defense. Still unsure of Srinivasan's Liberal allegiance? In the case of Bush v. Gore, Srinivasan worked on the legal team for Al Gore.

Liberals were likely very happy when Srinivasan wrote a Supreme Court brief that called for stricter regulations on police. Specifically, Srinivasan advocated that cops should be required to have a warrant before they placed a GPS on a suspect's car. In the face of new technological advances, requiring a warrant in order for police to put a GPS tracking system on a civilian's car upholds basic civil privacy rights, an issue that Liberals fight for. This particular case began in 2005 and Srinivasan's Supreme Court brief wasn't passed until 2012, but the American Civil Liberties rights group called it "an important victory for privacy."