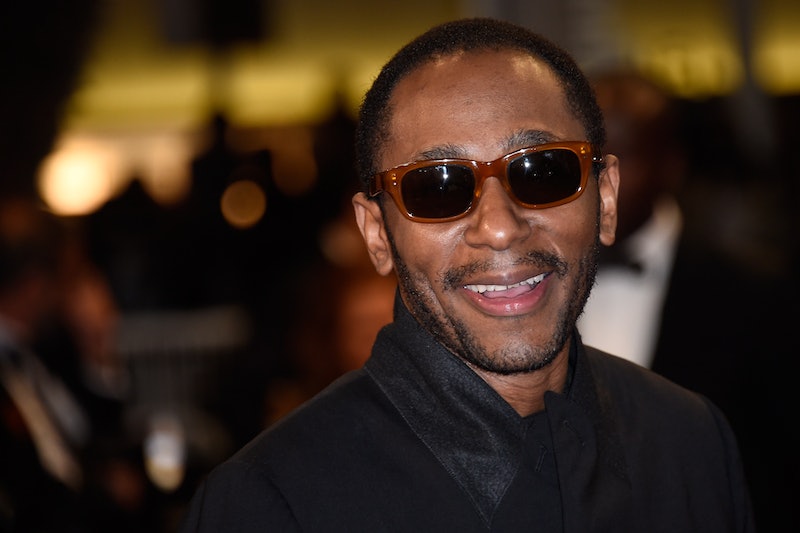 At the end of this week's Saturday Night Live, Kayne West concluded his performance by yelling that his album, The Life Of Pablo, is available on his website and Tidal. However, as eager fans headed over to KanyeWest.com, they quickly realized that the album wasn't there. Instead, voice messages from Yasiin Bey greeted fans as they searched for the album. For whatever reason, Kanye selected Bey's voice to be the placeholder for his highly-anticipated album. Now, fans all over are likely wondering: Who is Yasiin Bey?

After digging into the man Kanye deemed worthy enough to keep his fans waiting even longer, his history is a little confusing. Apparently, Yasiin Bey is the new stage name for Mos Def, which was also a stage name. Sort of. Born Dante Terrell Smith, the American hip hop artist Mos Def was known for hit songs like "Do It Now" in collaboration with fellow rapper Busta Rhymes. Most people likely knew Smith by his stage name Mos Def, but in 2011 Smith changed his legal name to Yasiin Bey, as reported by Digital Trends.

Smith's name change gets confusing, though, when in an interview with GQ , he justified the change as a reaction to the “fear that Mos Def was being treated as a product, not a person.” Now, Yasiin Bey, according to the name change is both the legal name and the new stage name for Mos Def. Although the public was unclear on Mos Def becoming Yasiin Bey, he had apparently been called Yasiin by close friends and family since 1999, according to Digital Trends.

As for Bey's message on KanyeWest.com, it seems to reference his January 2016 arrest, as the New York Daily News reports that he was arrested for allegedly using a fake passport to leave South Africa, where he had been living since 2013. According to The New York Times, Bey was using a World Passport, which he says in the message on West's site is "not fictitious." The newspaper reports that Bey is still in South Africa and awaiting a court date on March 8.

West has clearly been referencing these events for a while now. On Jan. 19, he tweeted about Bey's message appearing on his website. Perhaps The Life Of Pablo will feature more commentary on or messages from Bey.