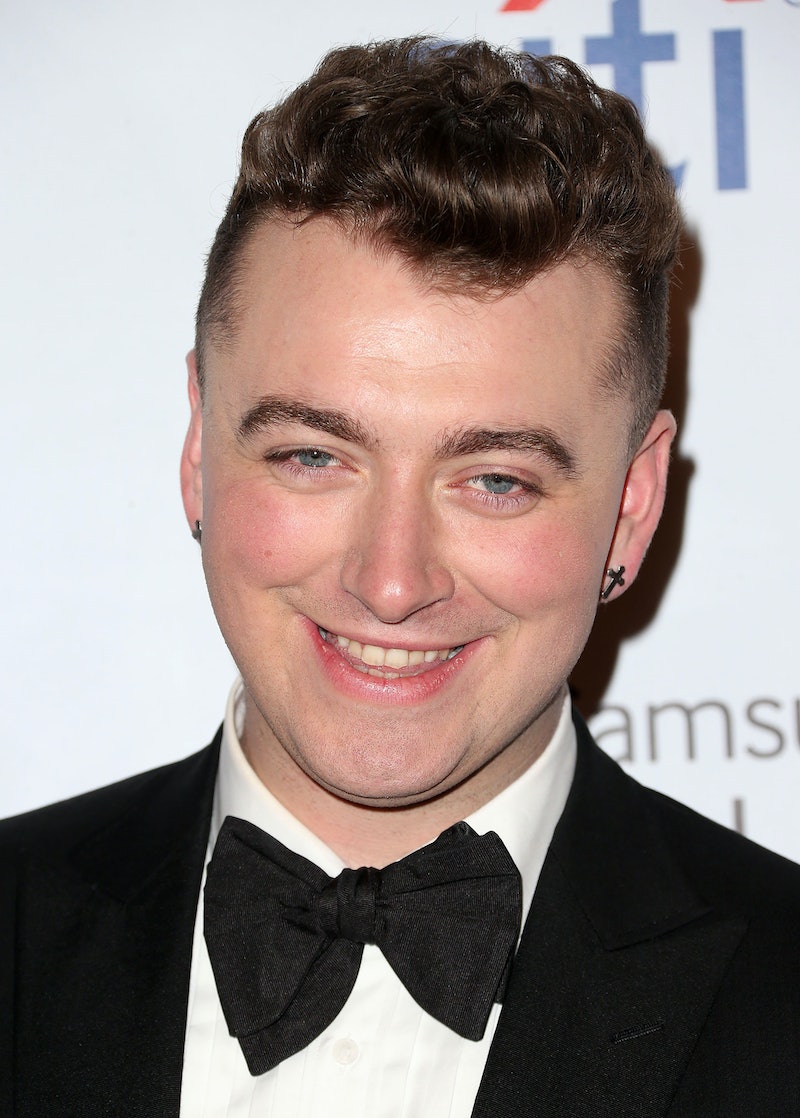 When you think of award shows, you probably don't think of self love. But there was a moment of body positivity at the Grammys in 2015 that felt like a light in the red carpet's usual darkness. When hearing about the prep that goes into appearing at one of these award shows, how many times have we been told about the hours women in Hollywood have to spend in beauty chairs being primped and transformed, a team of people wiggling them into armor of shapewear while the fashion police sits at the ready in order to tear apart any misstep or alternative beauty look apart? Even though much of this is likely still true, we sometimes encounter a voice of reason that reminds us that it's up to us to love ourselves and not bend to the whims of others.

There have been some shining moments of body positivism at the Grammys from our favorite ladies through the years. But at the 2015 Grammys, our voice of reason was Sam Smith. In Smith's acceptance speech for Best Pop Vocal Album, he told the audience that once he began to accept and love himself as he was, he was finally able to create the music that we all love him for.

As Independent reported, Smith said, "I just wanna say that before I made this record, I was doing everything to try to get my music heard... I tried to lose weight and I was making awful music. It was when I started to be myself that the music flowed."

So, when he was trying to change his body in order to better fit in with images of beauty or success in the music industry, he wasn't able to produce his best work. But when he decided to embrace the way he looked and simply love himself for who he was, magic proceeded to happen. So much magic that he won four Grammys. Not too bad, Sam. Not too bad.

Smith's speech was a body positive moment to remember not only because it encouraged us sitting at home to recognize that amazing things happen if only we embrace and love who we are, but also because he shined a light on the fact that guys struggle with body image, too.

Usually when we hear about the body positivity movement, many of us conjure up images of strong and empowered women who are trying to spread their self love message to other babes. But through Smith's speech, we were reminded that dudes have a bunch of unrealistic beauty standards pushed onto them as well, and that we're all in this find-a-way-to-love-ourselves thing together.

More like this
Spice Girls’ Net Worth: The Richest Member Is Wealthier Than The Rest Combined
By Hugh McIntyre
The Most Extra Party Girl Beauty Looks From The Early 2000s
By Paris Giles
How To Master Baby Braids, According To TikTok
By Tomi Otekunrin
How To Nail The Slicked-Back Bun (AKA Summer's Easiest Hairstyle)
By Olivia Rose Ferreiro
Get Even More From Bustle — Sign Up For The Newsletter