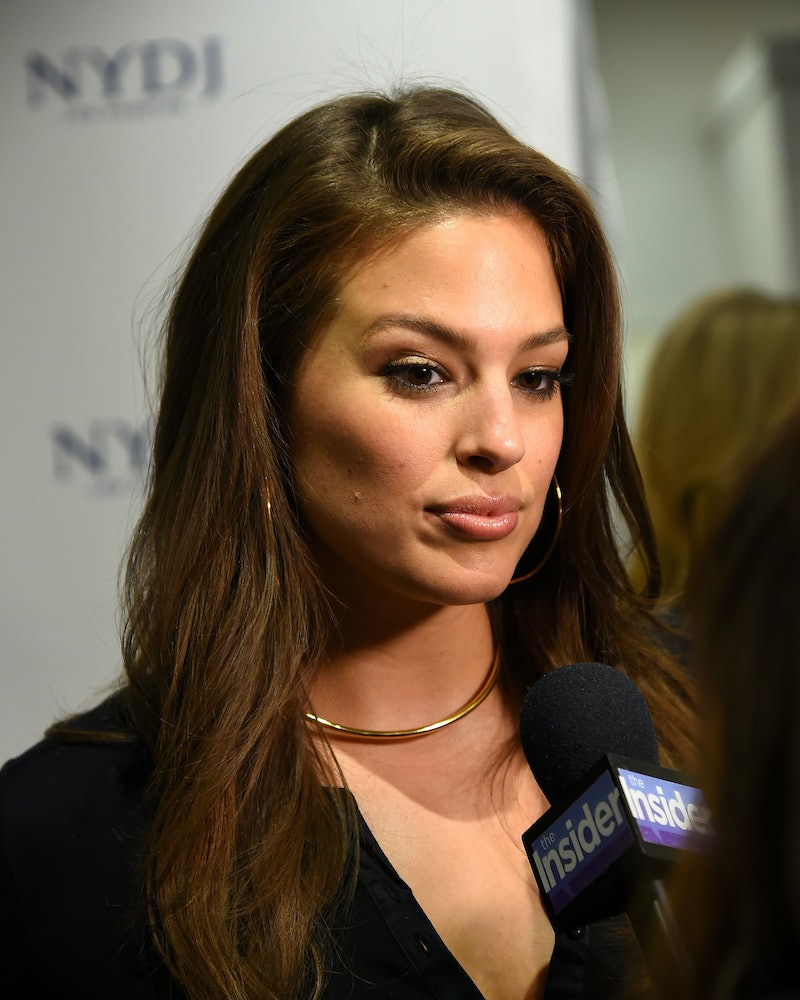 Last year, 28-year-old plus size and body positive model Ashley Graham turned heads when she appeared in the 2015 issue of the Sports Illustrated Swimsuit Edition in a swimsuitsforall ad campaign. This year, Graham has made history yet again as the face (or rather, bod) of one of three covers of the 2016 Sports Illustrated Swimsuit Edition. Although plus size model Robyn Lawley has featured in two SI editorials in 2015 and 2016, Graham is the first ever model visibly above a size 8 to grace the magazine’s cover spot. While this is a huge feat for Graham, it is also a huge leap for body positivity.

Graham told People, “I thought Sports Illustrated was taking a risk by putting a girl my size in the pages. But putting me on the cover? They aren’t just breaking barriers. They are the standard now. This is beyond epic.”

While Sports Illustrated may formerly be known for putting only slender models on its covers, the publication has, for the first time in, well, ever, showed genuine inclusivity, and I couldn’t be more thrilled that Graham is its latest cover girl. In anticipation of the magazine due out on Feb. 15, scroll down to see some sexy, inspiring, and body positive snaps of Ashley Graham that might just make you love her even more.

1. Being Proud Of Her Body

One of the many reasons I love Graham is because of her self love, and her body positive hashtags don't hurt, either.

What's a body activist without a lingerie line? Graham's plus size lingerie collection with Canadian retailer Addition Elle is super sexy and chic.

While she appeared in last year's edition of the magazine in an advertisement, this year Graham snagged a super sexy editorial spot.

4. Being Not Just Sexy

While Graham is known for being ridiculously beautiful, her Instagram reveals that she has a refreshingly silly side as well.

Graham's street style is the stuff dreams are made of. I mean, look at those shoes!

6. An On Point Beauty Game

Whether its a smoky eye or a sleek bun, look no further than Graham for your beauty inspo. Her makeup is always perfection.

Graham isn't afraid of working up a sweat or indulging in a green juice every now and again.

Being the body positive activist that she is, Graham's Instagram is like a frequently updated Dove ad, and it is the best kind of body inspo out there.

In a time when size 2 or 4 models rule the runways, Graham denounces the media's norm and embraces her curves.

Unfortunately, there remains some stigma in the high-fashion world that says skinny models sell clothes, but Graham proves that wrong as she stuns in this high-fashion editorial.

Graham, being the amazing body activist that she is, was invited to give a TED talk. It was, of course, a sold-out success.

Beauty, brains, and a bod that breaks barriers? No wonder Graham landed the cover.

Want more body positive inspo? Check out the video below, and be sure to subscribe to Bustle’s YouTube page for more!

More like this
Kate Had A Solution When Tom Cruise Broke This Royal Rule At The 'Top Gun' Premiere
By Frances Stewart
Gabourey Sidibe Wore A Traditional West African Wedding Dress On The Cover Of Brides
By Dominique Norman
2022's Top Wedding Hair & Makeup Looks, According To Pinterest
By Olivia Rose Ferreiro
What Are "Gym Lips" & Why Is BeautyTok So Obsessed With Them?
By Olivia Rose Ferreiro
Get Even More From Bustle — Sign Up For The Newsletter