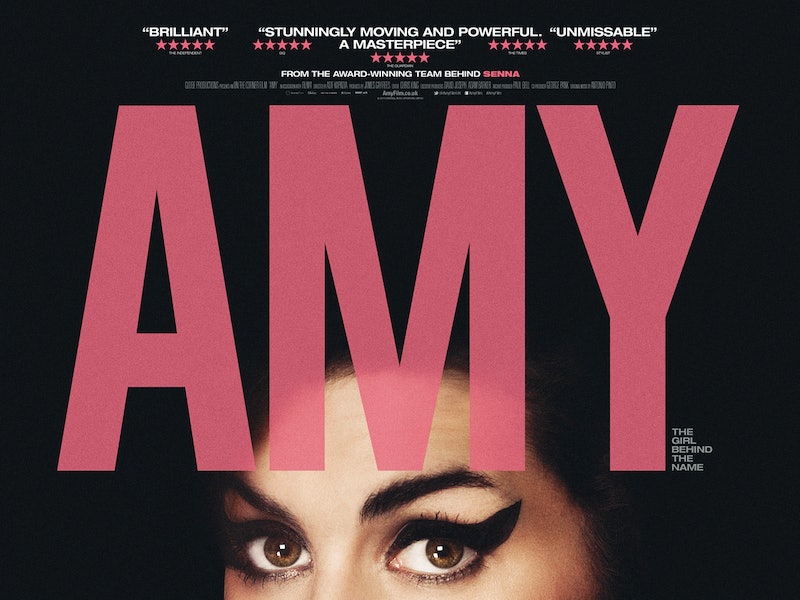 At the 69th annual British Academy Film Awards — basically England's version of the Oscars — Amy just took home the BAFTA for Best Documentary. A rare crossover hit for the documentary genre, in that was a hit with both critics and general audiences alike, the feature film tribute to departed British songstress Amy Winehouse has long been considered the frontrunner to win the Oscar for Best Documentary; a status it just reaffirmed with this crucial win… although there's still a long road ahead before the Academy Awards at the end of this month.

The reason the race for the gold statuette is far from over is because Amy was actually facing off against only one of its fellow Oscar contenders at the BAFTAs: Cartel Land, a documentary about the Mexican drug wars. At the British Academy Film Awards, Amy and Cartel Land were competing against He Named Me Malala, Listen To Me Marlon, and Sherpa; at the Academy Awards, they'll be up against The Look Of Silence, What Happened Miss Simone?, and Winter On Fire: Ukraine's Fight For Freedom.

The fact that the landscape Amy will be facing in two weeks is so drastically different means that a victory there is far from a sure thing. However, there's at least one piece of good news. Cartel Land, its only competitor at both ceremonies, just took home the Directors Guild Award last weekend for its director, Matthew Heineman, over Amy's Asif Kapadia. The fact that Amy was still able to triumph over Cartel Land, even in the face of that film's recent big win, is a good sign for its potential come Feb. 28.

Two years ago, the Oscars went for musical documentary 20 Feet From Stardom over The Act Of Killing, a film about the mass killings in Indonesia in 1965-'66. This year, musical documentary Amy is up against the sequel to that compelling doc, The Look Of Silence. Will history repeat itself once again? Judging by the BAFTAs, the answer is "yes."