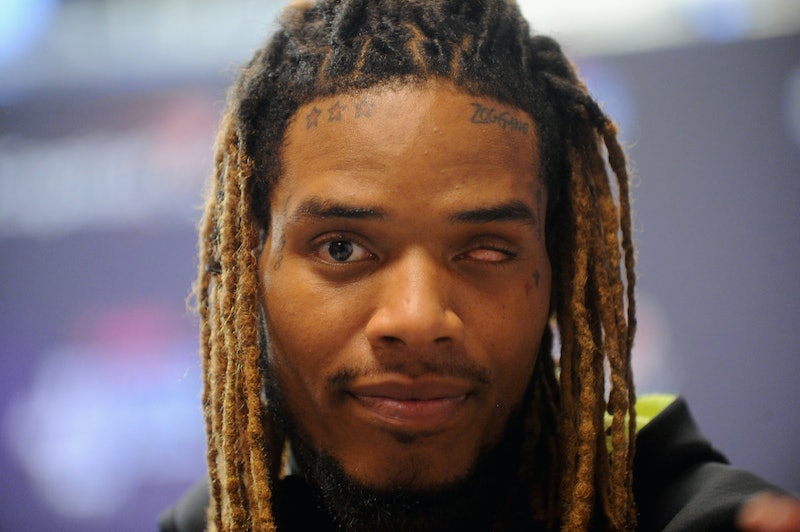 At this Monday's Grammy Awards, the rapper Fetty Wap is nominated for two awards, Best Rap Song and Best Rap Performance for “Trap Queen.” Yet many think the star was snubbed for the Best New Artist nomination, but it's possible that his lack of nomination in that category is because people know the song better than the man behind it. Everyone has probably heard "Trap Queen," but most might not know that much about the rapper behind the summer's hit song, even what Fetty Wap's real name is.

Well obviously, his given name is not Fetty Wap. The rapper was born Willie Maxwell II (named after his grandfather) in 1991. Contrary to popular belief, his first name is legally Willie, not William. Once he started on his rapping career, the "fetty" part of his name came from a slang word for money (because he made a lot of cash), while "Wap" is a reference to Gucci Mane's alias Gu-Wop, according to SXSW. Gucci Mane has been a major influence on Fetty Wap, as well.

The artist recently revealed that he almost considers "Fetty Wap" to be more like a band name than his real name. He told Trevor Noah on The Daily Show that “Fetty Wap consists of a tight family. When I go out as Fetty Wap, I represent the whole family… Fetty Wap is that person that holds it together, and the only way you can hold it together is by having family around you.”