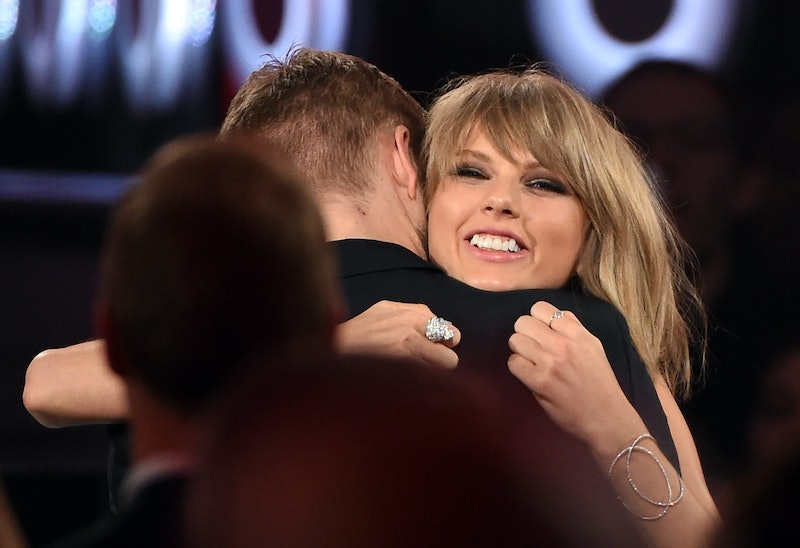 The 2016 Grammy Awards on Feb. 15 could be one of the biggest nights of Taylor Swift's life and you had to wonder leading up to it if her DJ boyfriend Calvin Harris would be right there next to her. Well, it actually ended up being BFF Selena Gomez by Swift's side on the red carpet. So, where is Calvin Harris during the 2016 Grammys?

There was no sign of him on the Grammys red carpet, but he could still show up at the ceremony inside the Staples Center. I mean, he doesn't have to be there, but Harris' absence is depriving us of any potential Tayvin red carpet cuteness. Instead, we're getting the total squad goals awesomeness of BFFs Swift and Gomez on the red carpet, which is cool, too.

So, where could Taylor's DJ beau be rather than by her side for what could be one of the biggest nights of her music career? Harris' most recent social media posts were this weekend and included Instagram photos of himself in the studio with a Les Paul guitar and a billboard advertising his appearance at the Coachella Music Festival. But no "good luck Taylor!" or any indication that he'd be at the Grammys on Monday night. Then again, there doesn't have to be. Not everything needs to play out on social media, so perhaps they choose to keep those kind of well-wishes to text message or in person, where Swift's cats could witness everything.

Recently, the couple spent Christmas together, building snowmen and making the world jealous at just how adorable their relationship is with cute Instagrams. It's a bit of a surprise that Harris wouldn't be there to clap the loudest for Swift at the Grammys, since she's nominated for seven awards and is opening the ceremony with what's sure to be a kickass performance. Since the couple went public with their love, they've been dubbed "Tayvin" by fans who have loved seeing them pop up at each others' performances and in Instagram photos. Last year, Harris showed up to support Swift during her 1989 World Tour (but not on stage) and Swift has been spotted in the crowd of many of Harris' DJing sets in Las Vegas. He was there to support her as she cleaned up at the Billboard Music Awards in 2015. And as we know from last summer, they know how to have fun with Swift's cats Meredith Gray and Olivia Benson, as well as awesome pool floaties.

These two are such relationship goals it's not even funny — even if they're apart for one big night.