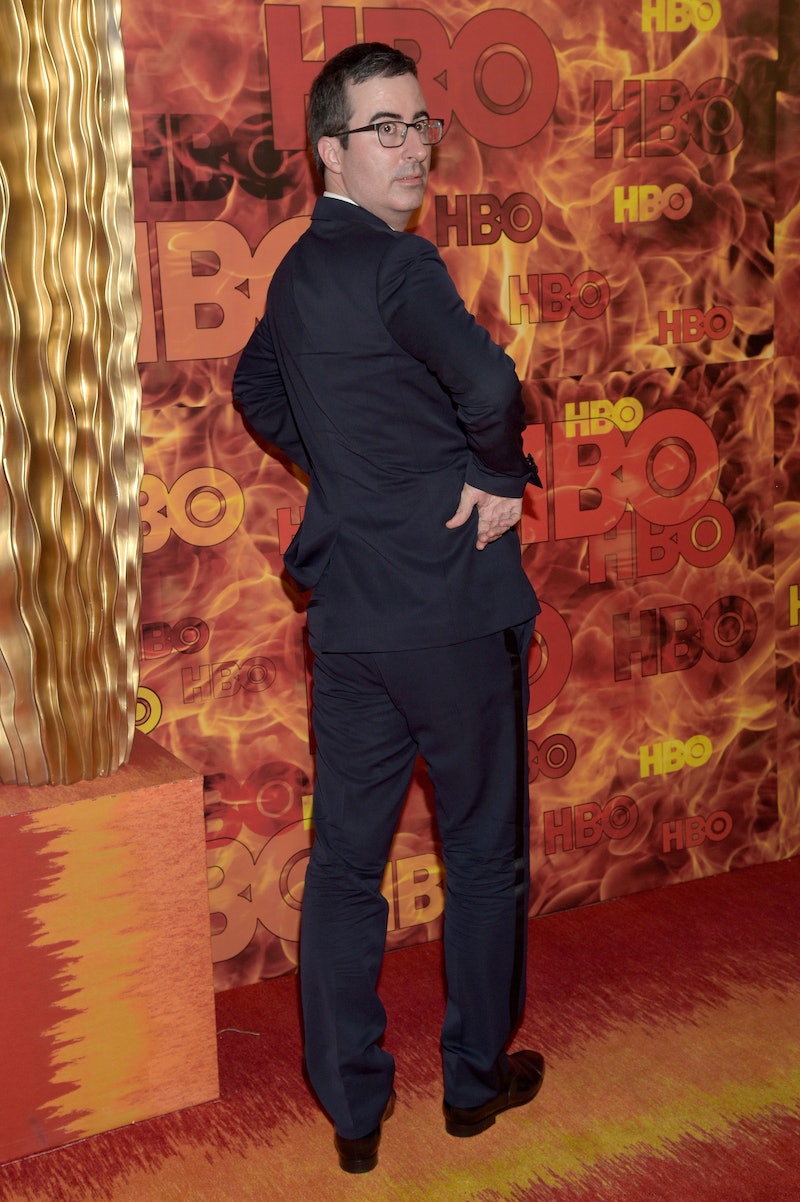 I don't know about you, but for me it has been an excruciating 84 days since John Oliver was last on the air. Last Week Tonight With John Oliver is finally returning Sunday for the Season 3 premiere, and in honor of the late-night funnyman's return to our hearts — and newsfeeds — here's a look back at some of the best John Oliver clips.

From getting down with the beloved Russian space gecko mascot to getting roasted to a crisp by celebrated mathematician and author Stephen Hawking, these moments from the past two seasons set a pretty high bar for the upcoming season of LWT, especially given the fact that there have been rumors of eventually increasing the show to an hour, or increasing the frequency from one day a week to more as soon as the former Daily Show contributor found his niche in the late-night world.

Last Week Tonight was renewed for two seasons of 35 episodes each last year; Season 3 is the final one under this current contract. Hopefully when Oliver sits down with HBO at the end of this season, he'll be able to have a reason to persuade his bosses to increase the show's format for Season 4 — because at the beginning of Season 3, he's still on fire.

John Gets Down With A Russian Space Gecko

Oliver illustrated the plight of a group of geckos sent to space by the Russian Space Agency, aka Roscosmos, after scientists lost contact with the small spacecraft. Unfortunately, this story had a sad ending, as all five amphibians were discovered to have died serving science upon landing. If Oliver is looking for a replacement Russian animal cause to get behind, I suggest launching a campaign to free these Soviet seals from captivity at a Siberian circus.

One of the funniest moments ever on Last Week Tonight was when that august judicial body, the Supreme Court, was portrayed as a series of adorable dogs bearing more or less some resemblance to the justices who serve on the bench. I am saddened that canine Scalia will no longer be making an appearance, but since this is television after all, maybe he can retain an honorary seat on the bench, making judgements from beyond the grave.

Highlighting the common fallacy in the media to portray certain opinions as facts, Oliver offered a staunch rebuke to climate change deniers who continue to inexplicably refute the fact that anthropogenic climate change is a thing, that is happening, and that we should be paying attention to.

Oliver Has No Sympathy For Confederate Flag Fans

During the controversy over flying the Confederate flag in South Carolina and other southern states, Oliver minced no words when he said this about this historical artifact: "The Confederate flag is one of those symbols that should really only be seen on T-shirts, belt-buckles and bumper stickers to help the rest of us identify the worst people in the world." Some called it "harsh" at the time, but maybe Oliver's outsider insight — he immigrated to the States in 2006 to work on The Daily Show — helped public opinion evolve on the issue.

Oliver flew to Moscow completely on the down low for his interview with NSA whistleblower Edward Snowden. He didn't even tell his producers until he had landed back in the States that he was even considering interviewing the young civil liberties activist. Oliver and Snowden's full interview is golden; they touch on cybersecurity, how corporations and the government have access into the private lives of citizens, among a plethora of other subjects, including whether or not Snowden misses the convenience of the quintessentially American snack food, Hot Pockets. Guess what? He does.

Last Week Tonight has brought a particularly strong social media game to the table, utilizing creative hashtags like #ShutDownTheF^#&Barrel and #NotMyChristian that have outlived their initial five seconds of viral fame. Here, he appeals to internet trolls to redirect their attention (briefly) to the FCC to lobby in favor of fewer restrictions on internet usage and mega-mergers between media providers.

As if meeting Stephen Hawking isn't cool enough, Oliver was on the receiving end of a cosmic-sized burn from the British scientist and writer. When Oliver cheekily asked Hawking if the multiverse theory meant that there was an alternate universe where he was a smarter man, Hawking replied: "Yes. And also a universe where you're funny." Ouch.

Hopefully this will tide you over until the real fun starts tonight when Last Week Tonight returns to HBO at 11 p.m. ET/8 p.m. PT. If not, there is always the Season 3 preview, where the narrator makes sure to remind you that the show will be back, "despite popular demand."