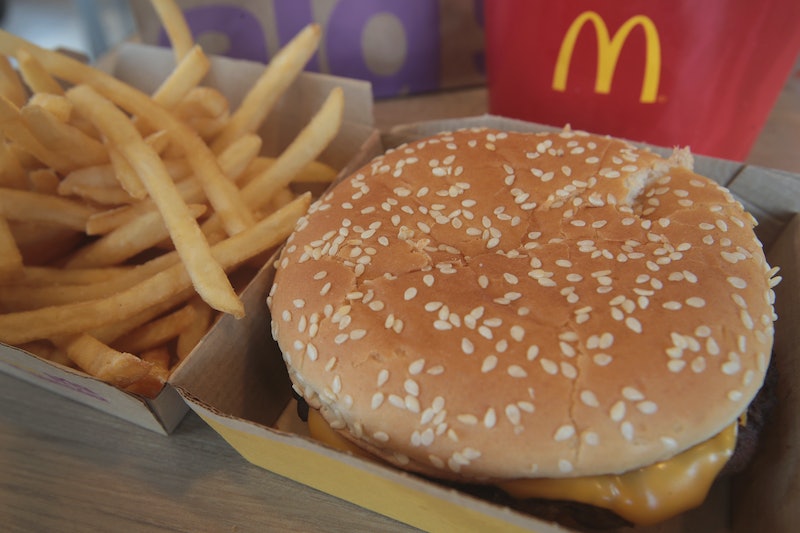 I’ll be honest: I’m not overly fond of the habit we all seem to have nowadays of labeling any trick, tip, or suggestion as a “hack.” The actual definition of “hack” is “to use a computer to gain unauthorized data in a system,” so terms like “life hack,” “Instagram hack,” and “fast food secret menu hack” don’t really make a whole lot of sense unless you really start reaching. And yet, this sense of “hack” persists, so here. Have an infographic from Appliance City's blog, ACityLife, detailing 14 fast food secret menu hacks, most of which you probably didn’t know about. Because why the heck not? The infographic covers places from McDonald's to Chipotle, so there's something here for everyone.

Admittedly some of them are a little less secret these days than they used to be; the ingredients required to make the McDonald’s Land, Sea, and Air and the McGangbang, for example, became common knowledge after the McDonald’s secret menu went viral during the summer of 2015. The Monster Mac, however, was new to me — although I’ll confess that I’m a little unclear about how exactly one goes about taking a bite out of a burger eight patties high (at that point, isn’t it just easier to order them all separately?). I also didn’t know that Burger King has a veggie burger option, so hey, TIL, right?

Fair warning: As Bustle’s Jessica Learish discovered last July, attempting to order any of these secret menu items may result in failure. I suspect, though, that how you order them might have something to do whether or not you’re met with success. Instead of asking for a Land, Sea, and Air, for example (a name which likely exists as a kind of joke for consumers, rather than as an official menu designation for McDonald’s employees), I’d suggest ordering a Big Mac and asking if you can add a Filet-O-Fish patty and a McChicken patty to the sandwich — that is, ordering by component, kind of the way you would for a customized Starbucks drink. Or, y’know, you can just order a Big Mac, a Filet-O-Fish, and a McChicken and put the dang sandwich together yourself.

In any event, check out the infographic below for more secret menu hacks. Lunch, anyone?