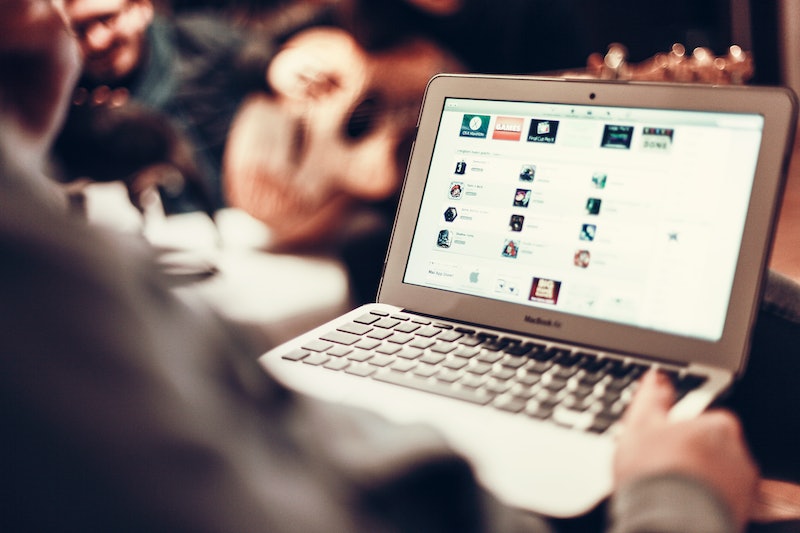 Although it sometimes seems fleeting and ephemeral, anyone who’s spent a decent amount of time online knows that the Internet is forever. Even if your favorite web-based locale has undergone huge changes during the course of its existence, it’s still possible to find out what old websites used to look like — and Ux Timeline, created by Jacinthe Busson, makes it easier than ever to track the changes to some of the most popular sites around. Ready for a blast from the digital past?

Busson used resources like the Wayback Machine and good ol’ Google Images to put together the timelines — although as anyone who has ever done something similar (that would be me) can tell you, it’s no mean feat. Especially for older sites, paging through years and sometimes decades of Wayback Machine captures can take ages; then add to that all the research needed to track where each company was at each stage of its website’s existence, putting it all together, and editing it down into a manageable, accessible format? Let’s just say that Busson’s streamlined and wonderfully cohesive timelines are pretty dang impressive. In fact, let’s take a closer look, shall we? For an example, let’s use one that’s become a household name over the past year or two: MailChimp.

Fun fact: MailChimp has been around for a lot longer than I’m willing to bet most people know. If you’re anything like me, you had no idea MailChimp even existed until “MailKimp” girl immortalized it in the ad that ran at the beginning of every episode of Serial’s first season. Originally founded in 2001, the service is a whopping 15 years old, which means that it’s probably in the middle of its moody teenage phase right now.

Actually, that’s unlikely; the last I checked, it wasn’t actually possible for an email marketing service to be a moody teenager. But, not unlike most teenagers, it has changed dramatically over the years — because if there’s one thing teenagers and websites originally created in the early 2000s have in common, it’s that they’re much more sophisticated than their infant selves. Here’s what MailChimp looked like in 2001:

I nabbed this screenshot from the Wayback Machine's archive for Nov. 6, 2015, but it's still pretty close to what Ux Timeline features from 2014. Either way, it's quite the change from 2001, no?

MailChimp is actually the oldest site currently covered by Ux Timeline; other options came along much more recently, giving us a shorter (but no less dramatic) chronicle of how they looked then versus how they look now. Take Uber, for example, which launched in 2010 (although the Wayback Machine's earliest snapshot is from Jan. 4, 2011):

They’ve done a ton of updating over the past few years, including a shift in the color palette from bright, bold red to cooler, more sophisticated blue. Time and tide wait for no person, apparently.

Ux Timeline is currently polling visitors for which site to tackle next; head on over there to cast your vote. Oh, and don’t forget to check out the rest of the websites Busson has tracked while you're there, including Shazam, Dropbox, and more.