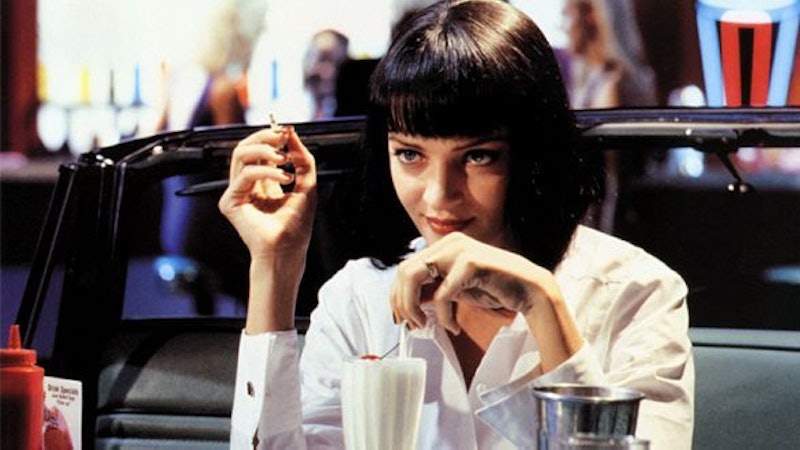 Maybe you don't quite believe that your star sign defines your personality, but I think we can all agree that the concept of astrology is pretty fun to think about, especially when it comes to wondering how being born under a certain star and different time of the month directly effects your tastes and choices. If you're someone who hates making decisions, it's cool to think that your zodiac sign will help you figure it all out, even if, OK, you know it doesn't actually work just like that. Say you're struggling picking a movie to watch from one of the greatest periods of all time, the '90s — perhaps the best way to go about choosing such a film is by figuring out what '90s movie matches your star sign.

This way, the choice can be made for you due to the very reliable source of star science. You don't have to do any of that pesky decision making, because your zodiac sign has already done it for you. With the guide below, I hope to make your life just a little bit easier, and while I'm not saying that you should immediately stop what you're doing to watch whatever movie fits your sign, I'm also not saying it's the worst idea.

Those born under Aries are creative and driven with great senses of humor. Just like Edward always has interesting ideas and tries his hardest to fit in and make people happy, so does an Aries.

Like their animal representative the bull, those born under Taurus are strong and stubborn, with their own best interests at heart. In Pulp Fiction, there are multiples tests of wills for the various storylines: Vincent Vega has to take his boss's attractive wife out on a date without giving in to her need for a foot massage, Butch Coolidge has to fight for his integrity, and Jules Winnfield has to talk down a pair of crazy robbers. A film full of battles of will is perfect for a Taurus.

Not only does this movie have the whole twin thing going on with Mary-Kate and Ashley Olsen as the stars, it also contains the adaptability of the Gemini. In this switcharoo film, Alyssa and Amanda take both of their lackluster situations and fix them by setting up Amanda's social worker with Alyssa's dad. It's never explained why the two girls are doppelgangers, but just don't think about that part and you'll be fine.

Cancers are loving, and they long for family. Forrest Gump never stops loving Jenny even though she doesn't always reciprocate in the best way. Cancers also dig history and stories, and this movie, which manages to hit a large amount of historic events, is perfect for that kind of interest.

First of all, there's the whole lion thing. But in addition to that, Leos are natural-born leaders, so a movie about a king accepting his spot on the throne is spot on.

Virgos are known to be incredibly caring, and in Clueless, everybody's taking care of somebody. In this movie, Cher takes care of her dad and makes sure he eats well, her dad takes care of her by funding her shoe collection, Cher and Dionne take care of Tai, a "tragically unhip" new girl, by giving her a makeover, and Dionne's boyfriend, Murphy, takes care of her by helping her learn to drive. Bottom line: for Virgos, the generous givers, this movie's a perfect fit.

The carefree and goofy Dude is the perfect companion for a happy-go-lucky Libra. Though things may be going crazy around him, The Dude always keeps his calm, and his level head cannot be shaken. Extra points if you're into bowling and white Russians.

Those born under Scorpio are known for their two big passions: love and power. Titanic has both of those things: love in the intense romance of Jack and Rose, and power with the imminence of death. Though I'm certain most Scorpios would have been smart enough to figure out that Jack could have fit on the door, too.

Nothing says "adventurous, independent, and optimistic" quite like this Disney-Pixar classic. Through their rescue attempts and positive teamwork, the toys prove themselves to be a perfect fit for any Sagittarius.

I can't really think of a better example of the Capricorn-style resilience and patience than a guy digging through actual poo night after night in order to escape prison.

Like the unorthodox Aquarius, The Matrix is all about saving the world in a way its star, Neo, could never have imagined. This movie also addresses a huge philosophical concept (nothing's real, man) which is something any free-thinking Aquarius can get behind.

Pisces are all about learning vast quantities of information, something Will Hunting tries to do by becoming a janitor at MIT. This movie, about a guy trying to keep a low profile despite his impressive skills, is perfect for the often-shy Pisces.

Now run free, children of the stars, and go watch whatever movie fits your sign! You won't regret it.