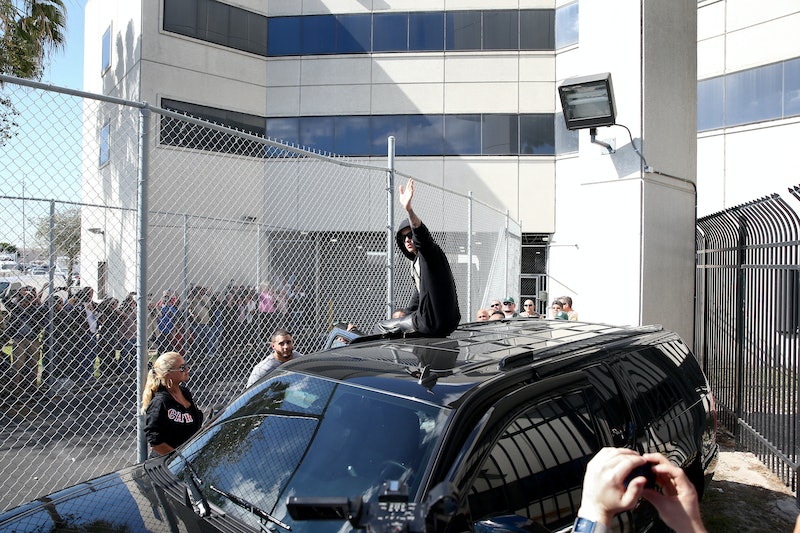 Justin Bieber has big plans to move out of his gated Calabasas, California community and into the wide open air of the farm country a few miles up the road in — wait for it — Hidden Valley. The shrunken, Napoleonic Canadian has decided that having rules and neighbors is for the birds, and wants to rid himself of the scrutiny and prying eyes that come with doings illegal things in close proximity to other humans. So Justin Biber is on the hunt for a ranch where he can sow his wild oats and leave the peace-loving rest of us right the fuck alone.

We're actually all-for this idea. Because if he can't be deported, though kudos on you all for trying, he might as well be holed up like a reclusive, brodouche Michael Jackson. Bieberland Ranch as we're going to call it sounds like the perfect solution for everyone involved. There he'll have 20 acres to roam about freely. 20 acres just waiting for drag-racing contests, a skate park, and the peace of mind that no one will smell you lighting up amongst all those pine trees.

Of course with 20 acres to work with, there's plenty more the Real-Life Joffrey could do. He's so young and has not only the time and money, but the energy to really make the most of the land he's soon to own. So why stop at merely ATV and skate parks? The world is your oyster, here, Beebs! If he really put his mind to it, he could create the ultimate home for asshattery, filled with the sort of raucous joys that only a prattling and immature egomaniac could enjoy.

The absolute best use of one's time when they've been consuming sizzurp, the drank of choice for all good life decision-makers out there in the world. A combination of prescription-strength cough syrup and Sprite, Mountain Dew, or pineapple Fanta creates the high that's just the right amount of irresponsible that would make running around a 20 acre estate playing hide 'n' go seek seem like a really cool and awesome thing to do.

Considering it's inevitable that the Beliebers will attempt to stowaway in a tree, or make a home for themselves amongst the horse shit while they whisper-sing "Baby" into the air, hoping their dulcet tones will awaken the destiny-bound true love that waits inside the singer for the 13-year-old girl couched between two oak branches, he might as well make use of them. So why not create an obstacle course made entirely out of these trespassing Beliebers? Not only would it help increase Bieber's aerobic output for the day, but he could throw eggs at them and not only not get arrested, but be thanked for bestowing them with the privilege.

This will work twofold: not only as a celebration of the manager that's helped him make all the right life decisions, but a way for the Beebs to work out his anger nonviolently, should the two ever come close to fisticuffs. Here he could just run over Scooter's face with a scooter.

Think of it less like a completely tone-deaf and masturbatory effort and more like a godswood or a church: a place for a bit of quiet reflection for Justin about the fans he has and those he's lost along the way, and the unwavering spirit that makes someone a true Belieber. Bathed in a cool, white light, the whole thing will be quite lovely, really. Staged in a set-up similar to Stonehenge (with Anne Frank, OG Belieber in the center), each pillar shall feature a different Bieber during a particular stage in his life. The ground will be covered in chair-shaped stumps so that our boy king can find just the right angle and perspective to sit and reflect. Here, Bieber can siphon off the strength and tenacity of Frank and the Beliebers that followed her in order to continue to be the hero he is for people who never say never.

I don't know about you, but all of this sounds like the sort of majesty that Neverland Ranch would've never known.