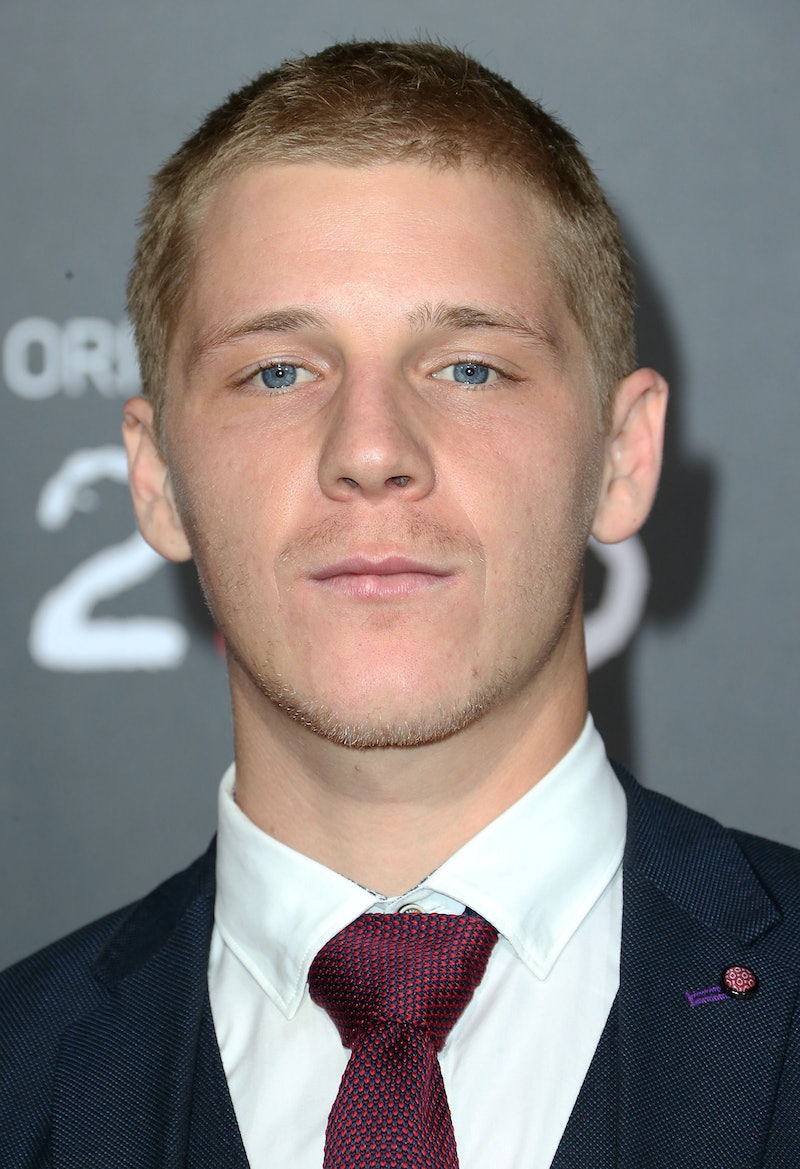 The premise of the highly anticipated new Hulu series, 11.22.63 , which premiered on Feb. 15, puts an old hypothetical to the test: what would happen if you went back in time and changed the course of history? In this instance, what would happen if you prevented the murder of President John F. Kennedy? The miniseries, which was adapted from Stephen King’s novel of the same name, pits a time traveling high school teacher (James Franco) against one of the most infamous men in history: Lee Harvey Oswald, who is played by Daniel Webber on the Hulu series. In an interview with Bustle, Webber that playing such a notorious figure in American history presented its own challenges.

Born and raised in Australia, Webber admits that he had to do slightly more research in order to learn about a man who is so pivotal in American history. However, he says that playing Oswald was "not any different than playing any other character,” and believes that anytime he plays a person who really lived, it is most important to discover that individual’s “context in life and history.”

Oswald’s position in history is notoriously enigmatic. His true role in the assassination of President John F. Kennedy has been contested by some and is at the center of many conspiracy theories, due to the fact that Oswald was murdered two days after JFK, before he was able to receive a trial. Webber says that the most challenging aspect of playing someone so mysterious was the process of imagining himself in Oswald’s position. "You have to create from your imagination scenarios and stories, and it’s really about connecting to the character in that way," the actor says. "It’s about knowing who he is, and what similarities you have." To do this for his11.22.63 character, Webber drew upon universal human experiences. "We’re all jealous, we’re all envious, we’re all morose and pitiful at points,” he says.

Webber acknowledges that the element of mystery surrounding JFK's death has lead to many conspiracy theories, but says he does "not personally believe" the conjecture. "I think [Oswald] was very capable ... judging from his childhood, and seeing the choices he made and why he made them," Webber says of his character assassinating President Kennedy. The 27-year-old also remarks that Oswald was characterized as being "morose" and having a "grandiosity complex," and speculates that his decision to kill JFK came from a "place of deep loneliness, and a need to prove himself as larger." For the actor, the real question is if Oswald was "influenced by anyone else, or if he acted alone."

Webber is optimistic that the 11.22.63 audience will become as intrigued by Oswald as he was throughout his preparation for the role. In the end, he hopes that the series "inspires people to go out and do some research about [Oswald], because he really is an absolutely fascinating person.”