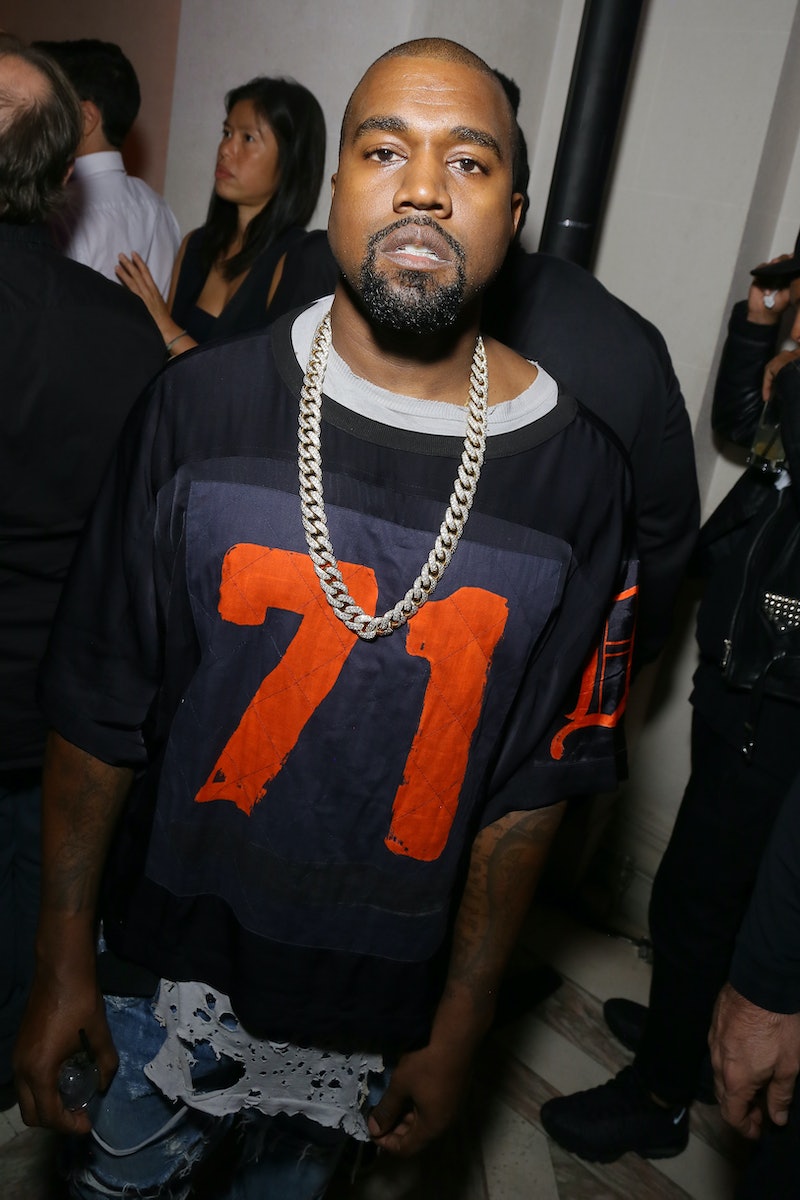 Another day, another questionable Kanye West Twitter rant. After a busy few weeks for the rapper that included tweeting that Bill Cosby is innocent, feuding with Wiz Khalifa and Amber Rose, dropping an album that included a lyric about the possibility of having sex with Taylor Swift and stating that he "made this b*tch famous," Kanye West is now claiming he is in millions of dollars in debt and is literally on Twitter begging Facebook creator Mark Zuckerberg to donate $1 billion to help a dude out.

Ye's passionate outbursts are often filled with over-the-top, cringe-worthy quotes about his impact and brilliance (who else would tweet "I'm this generation's Disney; I want to bring dope sh*t to the world"?), and grand statements that are sometimes just as outrageous as Kanye West himself (despite his later apology, never forget the time that he told Wiz Khalifa, "I own your child"). Yeezy has never been one to keep his opinions to himself, so despite the fact that his frequent outbursts are off-the-cuff and the furthest thing from PC or publicist-approved, they seem genuine and also par for the Kanye West course. But are they actually some kind of performance art? Or just increasingly ridiculous press for The Life of Pablo?

It can be argued that West's entire life is just one giant career move, down to the fact that he once said that he has to be with wife Kim Kardashian because she is the "number one woman in the world." According to the Daily Mail, Ye made the bold statement — which says a whole lot about his mindset — during a 2014 talk about technology.

To go back to the authenticity of his Twitter rants, it's important to note that the 38-year-old has long been making headlines for off-script outbursts that don't directly correlate with his music. From his 2005 shocking-at-the-time political statement at a concert for Hurricane Katrina relief ("George Bush doesn't care about black people") to his 2009 mic-stealing moment from Taylor Swift (not to mention his many past Twitter outbursts), Ye has long cultivated a name for himself as someone who feels emotions so strongly that he has no choice but to act on them right then and there. Why then, would his 2016 Twitter rants be any different or any less genuine?

True, West's Twitter statements have gotten increasingly more polarizing and out of touch with reality, and it was the proclamation of Cosby's innocence that led many fans to believe (or hope) that West was hacked. Sometimes he apologizes for his outbursts (as in the case of the Wiz/Amber feud), and sometimes he is absolutely unapologetic. But it's safe to assume that the Kanye West we're getting on Twitter is the real deal — like it or not.

Take it from Rhymefest, a rapper and songwriter who has co-written with Yeezy on tracks like "Jesus Walks," who took to Twitter this past week to announce he is no longer working with the Life of Pablo rapper and claimed that West needs counseling:

While I certainly wish no ill will on Kanye West, it's not hard to see how his latest Twitter outbursts are cause for concern. Whether they're just ~Kanye being Kanye~ or they're indicative of something else going on, it's clear that they're from the heart and are what he truly believes at the time he is writing them. And Kanye West is nothing if he is not genuine — even if that authenticity just comes in the form of his own outlandish opinions.

More like this
Watch Pete Davidson Joke About The “Really Weird” Kanye West Drama On Stage
By Brad Witter
Kanye Walked Out Of Kim's 'SNL' Monologue Because Of These 2 Words
By Jake Viswanath
Cardi B Explains To David Letterman Why She Uses Her Star Power For Politics
By Jake Viswanath
The Very Best Quotes From Dr. Taylor Swift’s NYU Graduation Speech
By Grace Wehniainen
Get Even More From Bustle — Sign Up For The Newsletter