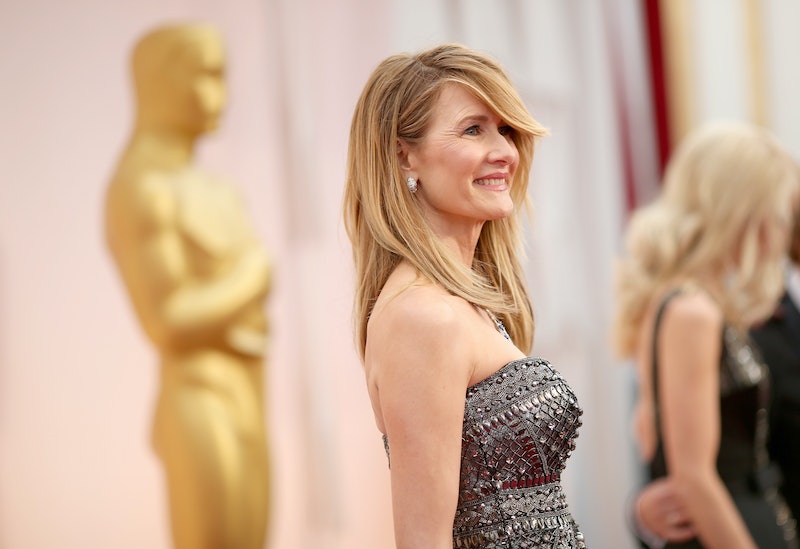 No sooner was it announced that Laura Dern had been cast in Star Wars: Episode VIII than I started wondering whom she'd be playing in the latest addition to the franchise. After all, The Force Awakens just recently came out in December 2015, and they kept us drooling over the possibilities in the plot up until basically the moment we saw it on screen, so good luck getting any leaks for the next one before 2017. But, luckily for me, the Twittersphere doesn't give up so easily, and it was abuzz from the moment of the announcement, speculating on what character Dern would be playing. And the consensus? Well, obviously we don't know, and we won't until Disney decides to to spill the beans, but most people seem to think it's most likely that Laura Dern will play Rey's mother.

The age checks out — Daisy Ridley is 23 and Dern is 49, meaning a 26-year gap between their ages — the basic appearance checks out, and the acting talent most definitely checks out, all of which make Laura Dern playing Rey's mother a prospect that many are excited about, for once. A lot of times, when casting in a huge blockbuster like this one gets announced, there are some pretty loud naysayers. (Cough cough the Batlash again Ben Affleck cough cough.) But not this time. Not only is Twitter putting their money on Laura Dern, they're also putting their hearts on her. By which I mean that everybody is really really pumped at the prospect that Dern might be getting all maternal with your girl Daisy Ridley.

Of course, this could just be because, with all the secrecy surrounding the film, Rey's mother is the only character we know for sure could exist whom we haven't met yet. But, regardless, it's great to see Twitter so fired up. Check out the casting announcement video that launched this firestorm below, and get as excited as the fans are that Episode VIII has already started filming.