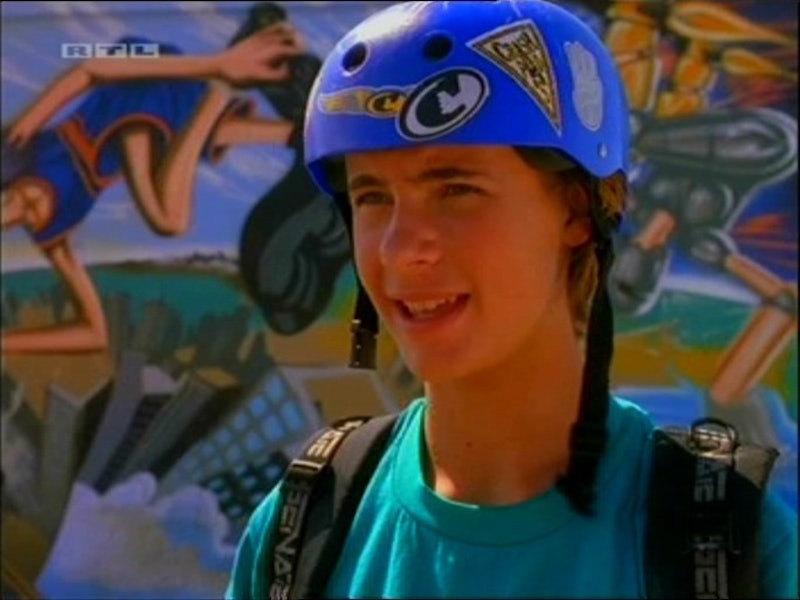 Sometimes the modern world gets to be too much for you, and you just want to know what Erik von Detten is up to now, do you know what I mean? And don't sit there and ask me who he is, because it's extremely important to me that he was as important to everyone else growing up as he was to me. But, just so that I don't have to be alone in my recollection of him, I'll remind you guys where you know that name from. Erik von Detten was that adorable kid in everything you loved — Danny from Escape To Witch Mountain, Andy 'Brink' Brinkler himself in Brink!, Erwin on Recess, Clu Bell on So Weird, Chris on Complete Savages, and a bunch of other roles that played a huge part in your childhood. I mean, this kid was so cute, and he was everywhere. Even when he was the bully, like in The Princess Diaries, I still had a secret crush on him. Oh, and he did a bunch of voices, too — he voiced Sid in Toy Story.

So what's the former DCOM hunk up to now? Well, it's the answer you're dreading, but also the one you might expect: not a whole lot. At least when it comes to film and television, anyway. I think when you pack in a ton of roles in your childhood years, that's liable to happen, and von Detten started on Days of Our Lives when he was just 10 years old, and went on to do 55 episodes... so I'm not all that surprised. The last role on his resume is reprising the voice of Sid for Toy Story 3 in 2010, and, since then, von Detten has stayed off the radar. It's hard work being EVD, so the dude deserves a break, don't you think? Especially since he's apparently stumbled onto the secret of eternal youth and hasn't aged a day.

Holy wow. I'm not trying to interrupt your life, EVD, but all I ask is that you resurface for just a moment to tell me how you spend your time and what your romantic situation is, like if any of us should stop holding out hope that we'll end up together? Asking for a friend... obviously.