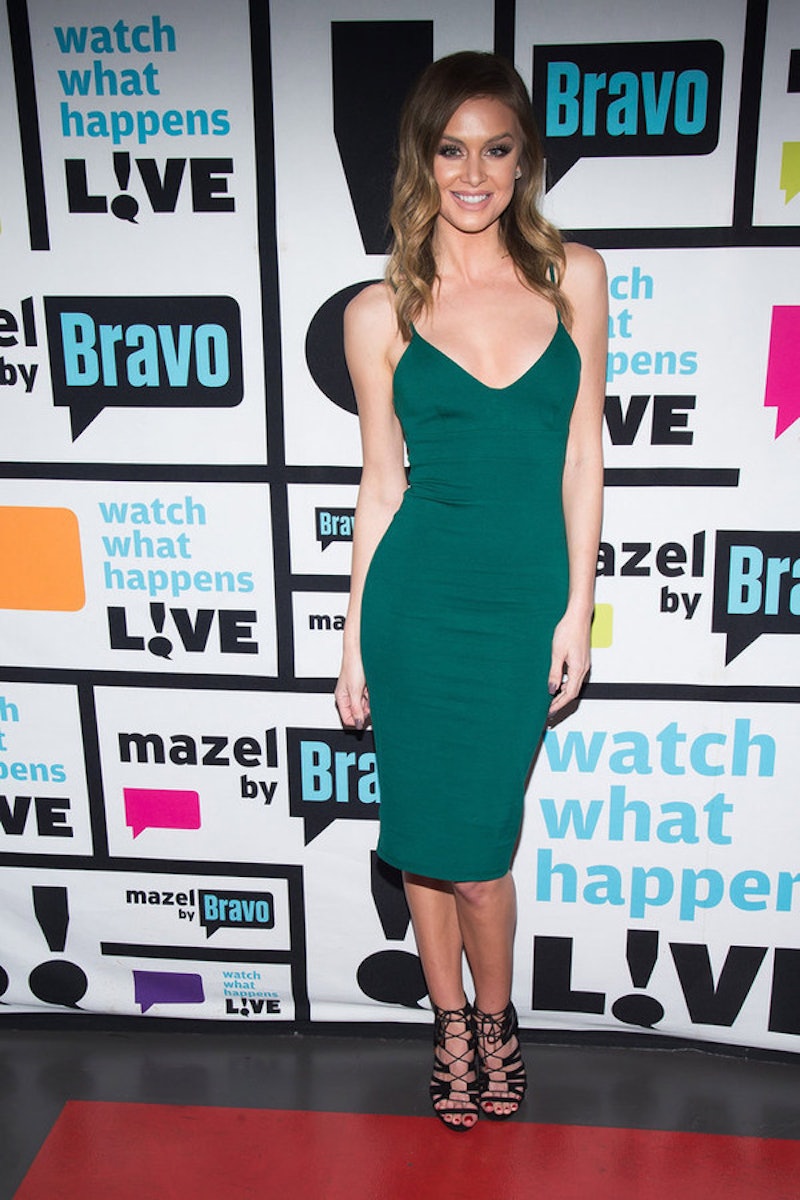 Ever since Lala Kent announced that she sees her ex-boyfriend from time to time (sorry, James Kennedy) during an episode of Vanderpump Rules, I've been curious about her former flame. I'm sure there are plenty of other viewers who feel the same. While chatting with OK! Here's The Situation in November 2015, Kent revealed her ex is named Hayes Pullard and that he is a professional football player for the Jacksonville Jaguars. As exciting as that information is, let's do some more digging. How did Lala Kent and Hayes Pullard meet?

Per her chat with OK! Here's the Situation, it appears that not only did the two get together at a very young age (Kent was 19), but that they met while Pullard was playing at the University of Southern California. It's still somewhat unclear exactly how they met. For example, they could've met at a USC game, at an after party, or through a friend. Based on research, it doesn't seem like Kent went to college or attended USC.

That said, and as Pump Rules fans know, she is a model and started at a young age. Actually, before making a name for herself as Lala Kent, she went by her birth name, Lauryn Kent. There's a good chance Kent and Pullard met during one of her modeling jobs when she going by Lauryn. Whatever the case, they are still very close and keep in touch.

Actually, the two have a lot in common, so it makes sense that they continue to be a part of one another's lives.

They Are Both Passionate

As Pump Rules fans know, Kent is an accomplished model, who also has dabbled in the music world with James Kennedy. She doesn't give up easy and goes after what she wants. The same can be said for Pullard, who has worked hard for his professional football career.

They Both Love Their Families Immensely

If you check out Kent's Twitter, she tweets a lot about her family and how much they mean to her. Pullard also cherishes his family. For example, before getting drafted into the NFL in 2015, he wrote a letter to the organization. Part of it read, "I went to USC to fulfill my father's dream. I got my degree to fulfill my mother's dream. And now I'm writing this letter to you to fulfill my dream." Clearly, his family is a huge part of who he is.

They Are Both Enjoy Luxury

Whether Pullard is online shopping or Kent is getting a spa treatment for her dog, I think it's safe to say that these two don't mind having luxury being a part of their lives.

They're All About Positivity

Neither Kent or Pullard have time for negativity. The more they can be positive and influence others to be positive, the better.

No wonder these two can't stay away from each other.