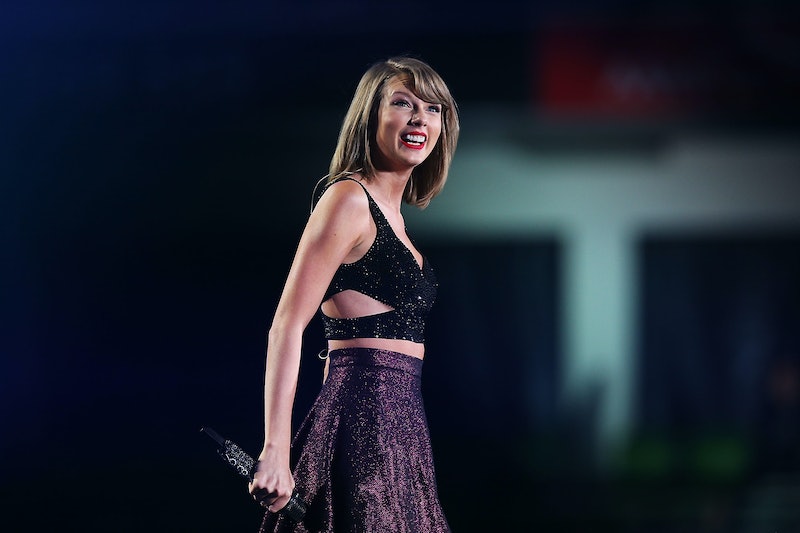 The 2016 Grammy Awards haven't even started yet, and already, everything is coming up Taylor Swift. As avid Grammys fans know, not every award is awarded during the actual award show — and the Grammy for Best Music Video is one of the few that is revealed before the official ceremony. Of course, it's no surprise to anyone that Taylor Swift won the Grammy Award for Best Music Video. After all, the music video for "Bad Blood" was an enormous production, featuring a number of huge celebrities, including her infamous squad. So how did Swift's official squad react to the much-deserved win?

Well, with overwhelming approval, of course! I mean, the video appearances basically turned into a squad tour, with a number Swift's besties who appeared in the video joining her on stage during her 1989 tour. Basically. thanks to the "Bad Blood" video, these women now make up one of the most badass groups in Hollywood, and watching them react with enthusiasm for their friend's win is awesome to see.

Hailee Steinfeld was the first to react, retweeting the news on Twitter with her own comment. "I'M CRYING," the Pitch Perfect 2 star declared. As a star in the video and an official member of the Taylor Swift squad, Steinfeld has good reason to get emotional over the win.

Me too, Steinfeld! Me too.

The feeling was very mutual for Swift's BFF, Selena Gomez, who was literally reduced to tears at the news. In a 13 second clip, Gomez is seen crying, clapping, and cheering before turning the camera on Swift herself for her official reaction.

Adorable. There's nothing like sharing in your victory with your very best friends.