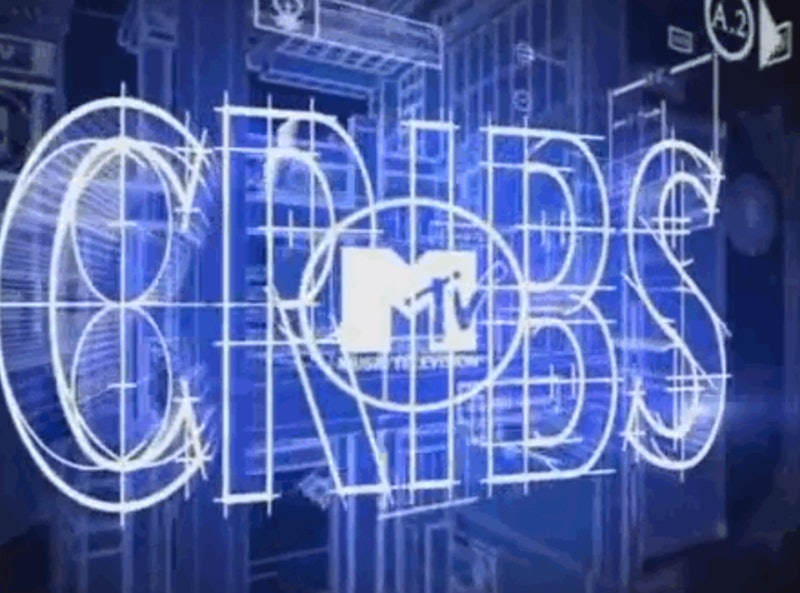 Two of my biggest interests happen to be famous people and house tours, so yeah, it's safe to assume that I miss the MTV Cribs as much as I miss Making the Video . Picking up right where ‘80s/‘90s series Lifestyles of the Rich and Famous left off, MTV Cribs premiered in 2000, and for the next several years, our eyes feasted upon the infinity edge pools, the early aughts decor, the palatial walk-in closets, the tanks of miniature sharks, the makes of vehicle that this plebe [points to self] did not know existed, and all of the unopened bottles of Fiji water. Thanks to this program, we got the forever iconic reality show The Osbournes , the phrase “…and this is where the magic happens” (shout out to New Kids On the Block's Joey McIntyre for getting that ball rolling), the occasional fake homestead, and a voyeuristic peek into superstars’ oh-so chic (and oh-so staged) refrigerators. As far as my peepers were concerned, MTV Cribs was a deliciously decadent dish of a show.

But if there was one element of MTV Cribs that really took the series to the next level, it was anytime a celeb showed off something that made their home truly unique. Their McMansion's pièce de résistance. The revelation we did not see coming. Here are just a handful of the most important MTV Cribs reveals of all time:

In this episode, we find out that Hef stored multiple large piles of VHS cassettes on the floor of his bedroom. Hey, why spend money a shelf when the floor gets the job done?

If I ever stumble upon a large sum of cash, my first purchase will definitely be a fairy tale-themed basin.

3. When A.J. McLean Of the Backstreet Boys Revealed He Wasn't A Fan Of Starbucks

"Uh, why is a bag of Coffee Bean grounds a big deal?" you ask. Because everyone loved Sbux in the early '00s. Way to drink coffee to the beat of your own drum, McLean!

[To the tune of “She Will Be Loved”]: They wiiiiiiiiiiill be twinsies!

5. When Penny Hardaway Revealed The Bowling Alley That Was In His House

(Sadly, I could not find a working recording of this episode. I hope this screengrab will do.)

Eat your heart out, Daniel Plainview.

Shaq asked for “the biggest bed in the world.” And by golly, the 15’x30’, round, Superman-themed island does not disappoint!

Why get a decorative, inanimate ornament when you can install a dog basket in the hood of the toy Jeep?

…And promptly licked the sole of a shoe. As one does.

9. When Joey Fatone of *NSYNC Revealed His Shrine To Superman

Wait, how did that guy get on the swing that's hanging from the vaulted ceiling? Did he use a ladder? Or can he just jump really high?

11. When Howie Dorough Of The Backstreet Boys Revealed His 300-Disc CD Player

Did he really say that stereo holds 300 CDs??? Whoa. And here I thought my 3-disc boom box was fancy!

(Yet another episode I could not find online. Sorry. I hope this lovely screengrab treats you right.)

Missy Elliott's second episode of Cribs was nothing short of legendary.

13. And Finally, When Mariah Carey Did Not Reveal Marilyn Monroe’s Piano

More like this
9 Honestly Unbelievable Revelations From The WAGatha Christie Trial
By Frances Stewart
'Love Island' Is Ditching Fast Fashion Partnerships For A More Sustainable Sponsor
By El Hunt
The Richest 'Bling Empire' Cast Member Is...
By Hugh McIntyre
'The Circle' Season 4 Star Yu Ling Wu Is Already A Beauty Icon
By Erin Stovall
Get Even More From Bustle — Sign Up For The Newsletter