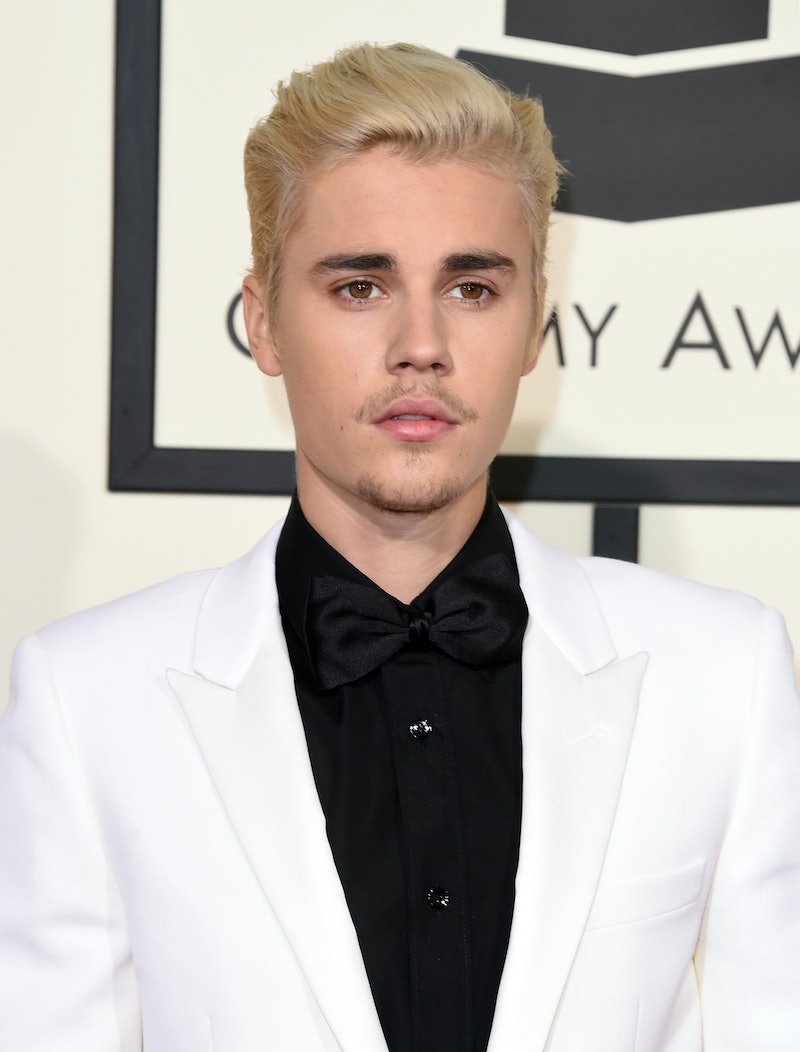 Justin Bieber brought two very tiny things to the 2016 Grammys red carpet. The first was his adorable little brother. The second? The slightest whisper of a dark mustache on his upper lip.

Though his white jacket is almost certainly a callback to his 2011 Grammys appearance, the faint mustache hasn't yet seen the Grammys red carpet. It's hard to say why he made this controversial facial hair decision, but there could be a variety of reasons.

Perhaps he is trying to say,"Hey world, I'm a man now," as if his passionate fans didn't already know. Maybe he's going for a more casual vibe, thinking to himself, "Even though I'm on the red carpet, I can still kick back and be that awesomely chill flip-flopped dude at your backyard barbecue." Or maybe, Bieber is rocking this miniature mustache for one reason and one reason only: He forgot to shave.

At the end of the day, it doesn't really matter: All that does is that the Tiny Bieber Mustache is here. Let's celebrate this momentous red carpet occasion. As you can see, Bieber's little bro looks like a tough dude, but he can't help but being totally adorable at the same time.

I think it's fair to say that he looks slightly concerned and disoriented here. I like to think that the tiny 'stache is murmuring secrets into his brain throughout the entire experience.

Naturally, Twitter had a ton to say about this soft dusting of follicular realness.

IT'S JUST SO TINY.