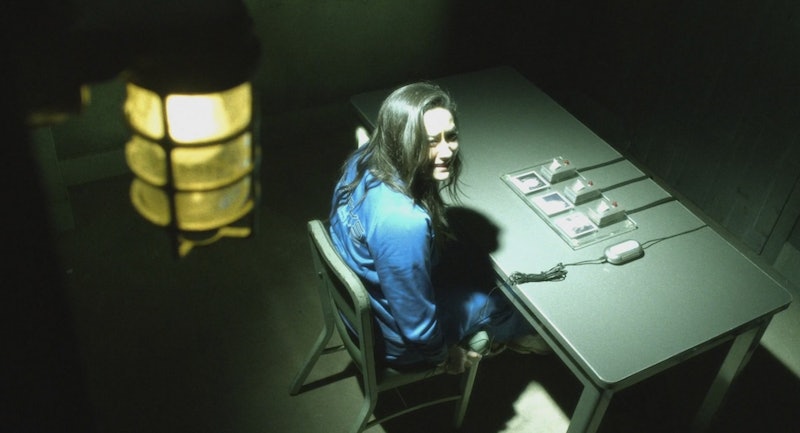 Well, at least we know where the new Big Bad is holing up in Rosewood. For the past few weeks, it seemed like the new A was changing the game with those emojis and the new uniforms, but it looks like they might be borrowing from Charlotte now. Tuesday night's "Where Somebody Wait For Me" revealed that A is making a new dollhouse on Pretty Little Liars — in the same dollhouse that Charlotte once used. And, from what we know about the new Big Bad, everyone should be very afraid of those switches being put back into use.

We haven't seen much of what new A is up to in Season 6b so far, but it looks like we might finally be getting a glimpse into the deadlier villain's plans for the Liars. At the end of Tuesday's episode, we saw the new Big Bad cleaning and reconnecting the switches that Charlotte used to get the girls to think they were torturing one another back when they were trapped in the dollhouse. Does that mean that we'll see the Liars as prisoners in that bunker from hell again before Season 6b ends? If anything, we now know that some parts of the dollhouse survived the fire Spencer set on the night they escaped.

The most important thing about the final scene of Tuesday's episode might be that the new A knows about the dollhouse and probably everything that happened to the Liars while they were there. But why return? Unless they plan to bring them back to try to get answers about Charlotte's murder? Either way, my PTSD from watching the Liars relive those switchboard moments in the dollhouse has already starting kicking in. New A is officially as terrifying as ever.

For more PLL theories, check out Bustle's podcast Taking This One To The Grave: