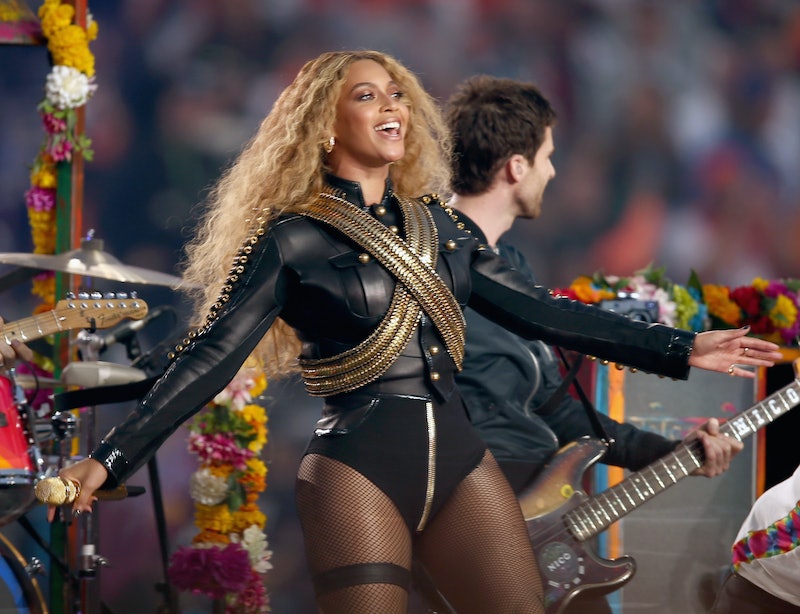 A little over a week ago, the world as we know it changed. It was an ordinary day, not much happening, and then Beyonce dropped "Formation", a call to arms for black women — not to mention an incredible song in and of itself. The song made its way across the Internet and around the globe in mere seconds, sparking debate, conversation, and a whole lot of praise from those who recognized and had no choice but to bow down to Queen Bey's greatness. "Formation" seems to be, without a doubt, the beginning of a whole new era for the singer, and that's almost too exciting to handle. But since the songs release, any further information on future releases has been nonexistent. So why hasn't Beyonce released any album information?

We already know that Beyonce is going on tour last this year in both the U.S. and the U.K., which is yet another indication that a new album is on the way. After all, with the exception of "Formation", she hasn't released new material since 2013, and surely she's not going to just perform an entire concert worth of old songs, right? (Not that many of us would be averse to that, or anything!) Still, Beyonce's camp has remained mum on when we can expect a new album, and the Bey Hive is getting impatient.

There are a few possible explanations for this. It's been suggested that Beyonce's new album is all but ready to drop, but that she chose to hold back on release in order to avoid competition with Adele's 25. While staggering release dates for artists isn't necessarily unheard of, this is Beyonce we're talking about here, so the idea that her album would be even slightly less successful because it was out around the time of Adele's album is pretty silly. After all, if you're a fan of only one of the artists, similar release dates wouldn't affect sales either way. If you liked both Beyonce and Adele, why wouldn't you just buy both? (You would.)

There's also the possibility that Beyonce is holding the album back to drop at her leisure, following the self-titled album's surprise release back in December 2013. No one was expecting it; one day it wasn't there, and the next it was, totally unannounced but obviously welcome. There's something to be said for the element of surprise, but Beyonce is a trailblazer, so it seems unlikely that she would employ the same tactic twice, but technically it's possible.

The final possibility is just that the album isn't quite ready yet. Plenty of artists release songs to get buzz going well before the album is finalized. Rihanna did it for two years! Bey is likely hard at work in the studio, putting the finishing touches on what's going to be another incredible record that's going to blow all of our minds. Whatever the case is, I hope it comes out soon, because I'm getting desperate here.

More like this
Lily Allen Was “Quite Emosh” After Performing Sober At Glastonbury Festival
By Stephanie Topacio Long
What Is Ariana Grande's Net Worth? When It Comes To Money, She Has No “Problem”
By Hugh McIntyre
Olivia Rodrigo’s Song Dedication To 5 SCOTUS Justices Sent A Strong Message
By Grace Wehniainen
Twitter Is Still Flying High After McFly’s Glastonbury Set
By Sophie McEvoy
Get Even More From Bustle — Sign Up For The Newsletter