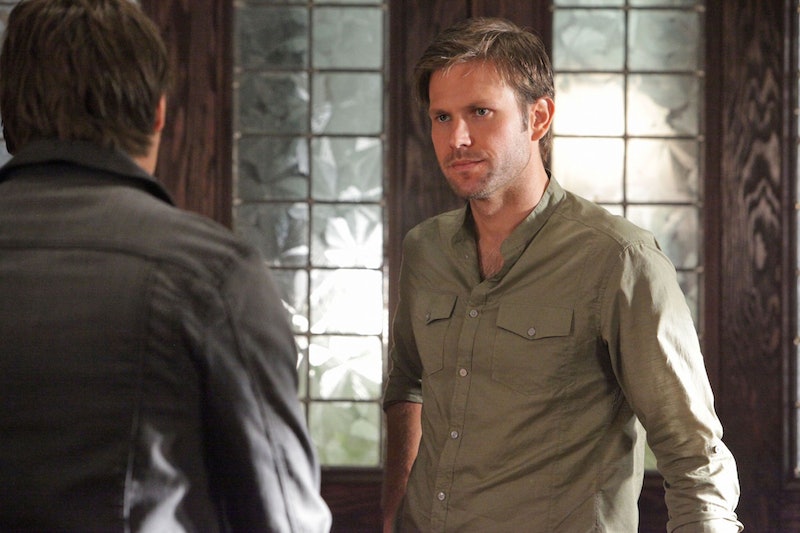 I just realized something very important about one of the actors from one of my all-time favorite movies, Legally Blonde and one of my favorite guilty pleasures, The Vampire Diaries. (Ha, like I actually feel guilty about watching one of the best shows on TV.) It's been a crazy season on The Vampire Diaries, what with all of the breakups, resurrections and murders happening on this CW show and apparently, I was too busy paying attention the plot to notice something. Something big. Brace yourself, because this might come as a serious shock to all of you. Ready? Okay.

That's right. Warner Huntington III, the preppy jerk who broke Elle Woods' heart (though she ended up being far better off in the end) is the same guy who took down the bad guys on TVD and downed scotch with his friend, Damon. Truth be told, we would much rather have had Warner Huntington III meet Alaric's fate. Alaric was amazing. Warner kind of sucks.

Though I pride myself on being a bit of a walking IMDb, I looked over a very serious fact. Don't believe me? Didn't think so.

Though Alaric only makes guest appearances from beyond the grave (RIP), he still remains one of my favorite characters. We definitely need to give Davis some sort of award for this, he deserves a lot of credit for making me love Alaric and loathe Warner Huntington III.