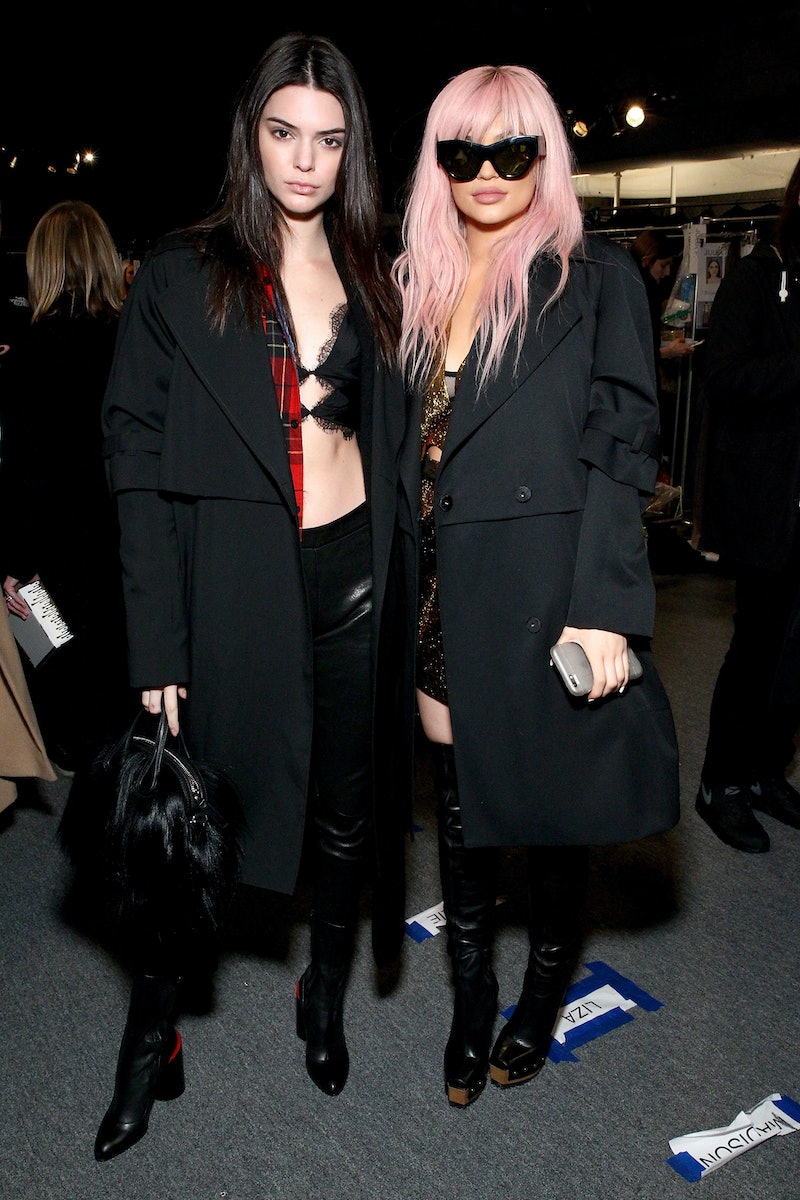 In case you missed it, the Kendall & Kylie Game launched this morning and it's pretty darn stylish. Basically the game that many are already addicted to is just a Jenner-ified version of their big sister's "Kim Kardashian: Hollywood" mobile game, but with a little bit of a twist. There are so many outfits in the Jenner sisters' new game that it's basically like having a digital version of their wardrobe's at your disposal.

When I first heard that the Jenners were putting out a mobile game, I was pretty much indifferent. The two are doing so well in the fashion and beauty world that it just makes sense they would put out a game similar to Kim K's with a strong emphasize on clothing. From one look at social media, it's clear to see that the game is pretty addictive to most, but I was honestly surprised to see how well the outfits featured reflect both girls' personal style.

From graphic tees to designer gowns, there's pretty much every outfit you can imagine in the Kendall & Kylie Game. You can even change your hair color to one of Kylie's go-to hues. Oh, and there's a bunch of outfits for the guys too.

The game, which already has four and a half out of five stars in the app store, is all about fashion and beauty, so obviously there are a ton of outfits. The pieces are spot on when it comes to their look. Here's exactly what the game includes.

There are tons of laid-back options in the game, like this cropped sweater and flowy skirt.

Even better, you can change the color of this dress too.

Of course, the girls are dressed in some of their favorite real-life looks in the game.

The guys get to play with their personal style as well.

I think that distressed top might have walked straight off the Yeezy runway.

There's even something for boldly styled men.