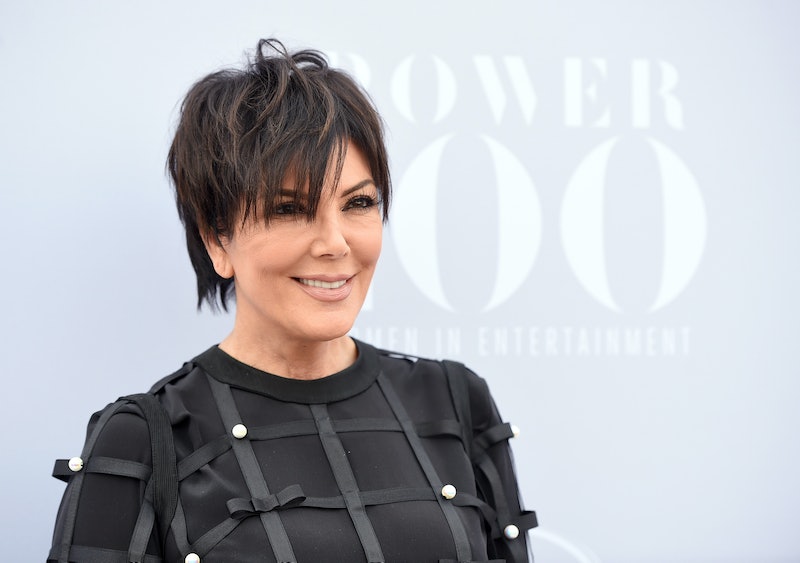 Like many people around the country, I am totally glued to the screen when a new episode of the FX series American Crime Story: The People v. O.J. Simpson airs. It is fascinating to see how involved O.J. Simpson's friend and lawyer Robert Kardashian was in the historic case and how his family and ex-wife, Kris Jenner, also took part in the story. Selma Blair's Kris Jenner has appeared and been mentioned repeatedly during the series so far as Kardashian's ex-wife, so I wondered while watching when Kris Jenner and Robert Kardashian divorced.

The events leading up to the Simpson trial began in June 1994 with the deaths of Nicole Brown Simpson and Ronald Goldman. And on the show, Jenner was referenced as Kardashian's ex in the scene showing Nicole Brown Simpson's funeral. I was immediately confused because I was sure that the couple was still married at this point, but it turns out that Kardashian and Jenner divorced in March 1991, well before the Simpson case occurred.

So, why were Jenner and the kids at the funeral? When Kardashian and Jenner were still together, they were both friends with the Simpsons. After the divorce, Kardashian remained a great friend to O.J. Simpson, while Jenner considered Nicole one of her best friends. Daughter Kim Kardashian even once shared with Dr. Phil, “O.J. was ‘Uncle O.J.’ to us. Nicole was ‘Aunt Nicole.’” Although at the time of the case the Jenner and Kardashian had seemed to smooth things over, Jenner has admitted that her 1991 divorce was "really ugly."

It's not an easy thing. I went through a divorce a long time ago with Robert Kardashian, and it was not fun. It was so scary, and I was so young, and I had four kids. And then we ended up being best friends. But there was a period of a couple years in there where it was really ugly and hard.

Jenner shared the details of an affair that lead to her divorce in her 2011 memoir, Kris Jenner and All Things Kardashian. In the book she says she had an affair with a man named "Ryan." The affair ended in 1990, just before Jenner met Caitlyn Jenner (known at the time as Bruce Jenner), who she would marry on April 21, 1991, only one month after her divorce with Kardashian was final. The relationship between Jenner and Kardashian was bad for a bit, but the two ended up becoming the best of friends for their children. Jenner shared with Huffington Post,

We [Robert and I] remained really, really close and had a really great parenting style with our kids. Then Bruce became really good friends with Robert, they would play golf together, so we've always had a one big happy family kind of a relationship.

It is clear that the two respected each other until his death from esophageal cancer in 2003, and Robert will always be remembered as the beloved patriarch what is now the Kardashian empire.