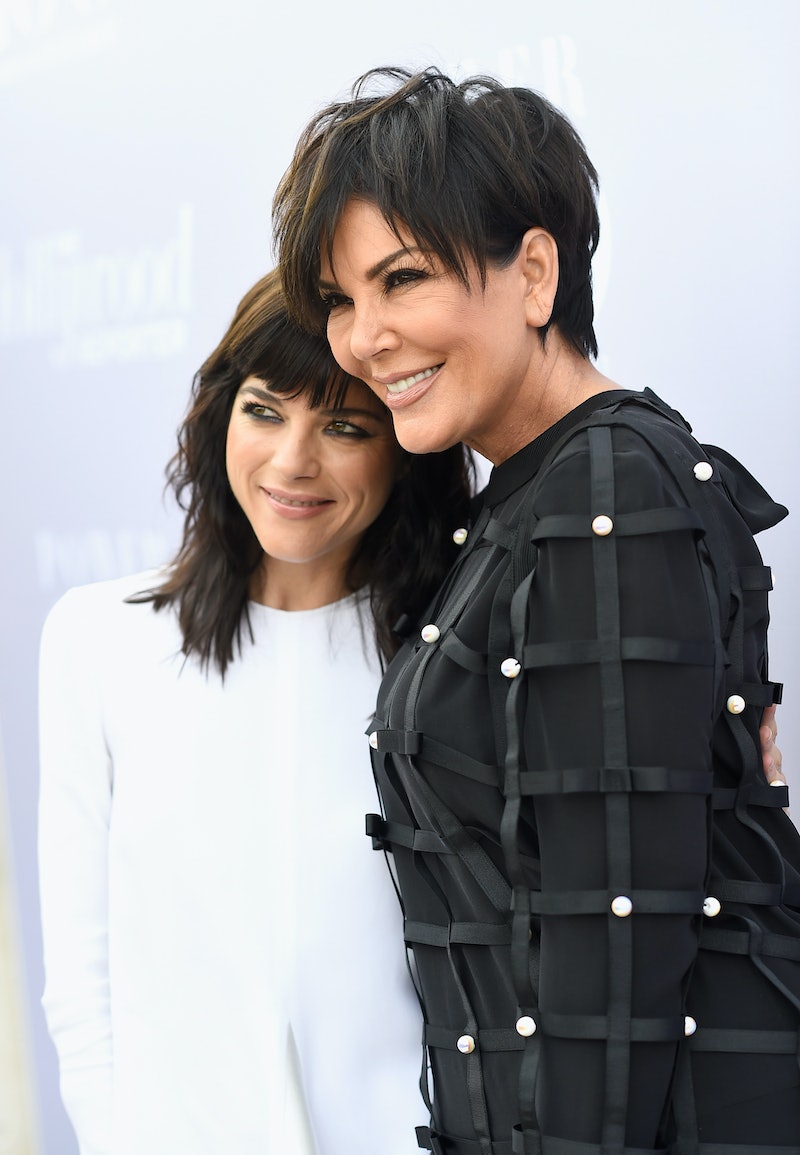 The Kardashians have permeated popular culture so completely, it's easy to forget what drew them into the public eye in the first place. On Tuesday night, the first chapter of FX's new anthology series American Crime Story premieres, chronicling the rise to fame and notoriety of everyone involved in the O.J. Simpson trial, including Kris Jenner's ex-husband, Robert Kardashian. It's natural, in that case, that fans might wonder how Kris Jenner feels about American Crime Story .

Kardashian (played by David Schwimmer in the series) actually volunteered to join the defense team of his close friend Simpson, but attention was on Kardashian before the trial even commenced. Simpson stayed in Kardashian's home after the murders of Ronald Goldman and Nicole Brown Simpson; it was Kardashian who read for hundreds of cameras the famous letter Simpson penned on the eve of turning himself in. ("I'm proud of how I've lived.") Jenner and Kardashian had been divorced for nearly three years by the time the "trial of the century" began, but Jenner still appears as a character in the series. Jenner herself participated in the development of the OJ Simpson season of American Crime Story, like several other real-life counterparts of the show's cast. Others, as you might suspect, stayed far away from the production.

Anger Management actress Selma Blair brings a pre-KUWTK Kris Jenner (then Kardashian) to life in The People v. OJ Simpson, and fortunately learned that her fears over drawing the reality star's wrath with a possibly unflattering portrayal were unfounded. She told Vogue that Jenner was generous with her time and shared her memories as the actress prepared for the shoot. "So I got a great friendship out of this deal," Blair said of meeting her subject. (Jenner spoke at length with Schwimmer as well.) She also shared her respect for the difficult position Jenner was put in by the horrible circumstances of the case. Jenner was close with both of the Simpsons, but Nicole was "her best friend." Jenner told People that the abuse Nicole experienced at her husband's hands was news to her as it came to light during the trial. Jenner said, "I wish I had noticed the signs. She was fighting for her life many days I’m sure."

“When these things come back up, it's like it was a minute ago sometimes,” Jenner told Entertainment Tonight about re-living the trial through the lens of the drama series. But she also noted while speaking during a television panel (as reported by People) the obvious and yet somehow unbelievable to those who remember exactly where they were during the infamous white Bronco chase fact: many of her own fans were too young to have experienced the media circus of the OJ Simpson trial. The national obsession with the case, round-the-clock news coverage, and the controversial decision to let cameras into the courtroom all contributed to the current reality culture.

In an interview with People, the former Mrs. Kardashian reflected on the memory of her friend Nicole Brown Simpson and the impact that her tragedy (and this new telling of it) will hopefully have. She said:

I have five daughters so of course I want women everywhere, especially women of this new generation, to know the story. They need to realize that they have a voice and they need to tell somebody if someone has hurt them. And if Nicole’s legacy can be protecting other women, then that would be a really positive thing.

People reports that Jenner will be watching the series, and is prepared to deal with the feelings it's sure to dredge up. "I'm excited to see it. I'm excited in a lot of ways, and I'm anxious about it, and I want to see how it turns out, but I've heard it's really good," she said.