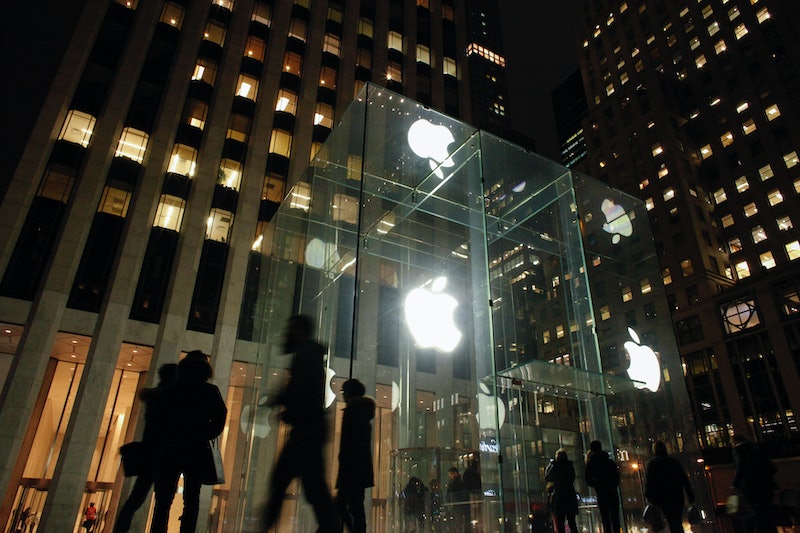 As of Tuesday, when FBI director James Comey requested that Apple gather data from a San Bernardino shooter's iPhone, the tech vanguard has determinedly adopted a watchdog role in the matter. According to The Washington Post, the U.S. Justice Department pursued the appeal with the intention of "gaining crucial evidence." The company's chief executive Tim Cook responded with an ardent statement about why it's vital that Apple doesn't compromise its customers' privacy.

His open letter, posted on Apple's website, invokes the broader issue at hand: How much freedom should Americans sacrifice for national security purposes? According to Cook, revealing the iPhone's "backdoor" to the government would be an overreach of its surveillance authority.

Most interestingly, Cook opted out of sending a personal letter of regret to the FBI. Instead, he chose to directly address the public by publishing the letter to Apple's website in a piece titled "A Message To Our Customers."

The United States government has demanded that Apple take an unprecedented step which threatens the security of our customers. We oppose this order, which has implications far beyond the legal case at hand.

Cook's objective is akin to that of a watchdog journalist who feels compelled to share "behind the scenes" government workings with citizens for the sake of the greater good. For Cook and the watchdog alike, that greater good is achieved by making the people aware of the insurmountable power of surveillance the government holds over our heads and how it makes us, as citizens, vulnerable. In his letter, Cook reveals that he, himself, has reservations about whether the government will limit the potential extraction of iPhone data, made possible by the creation of a new iOS system, to the San Bernardino case.

The FBI may use different words to describe this tool, but make no mistake: Building a version of iOS that bypasses security in this way would undeniably create a backdoor. And while the government may argue that its use would be limited to this case, there is no way to guarantee such control.

As Cook clearly expresses, opposing these measures does not imply sympathy for terrorism or terrorists. Instead, he's simply thinking ahead, because if the government decides to extend the use of that technology, we will have no way of knowing about it, and thus no chance at combating another mass violation of privacy. Remember back in June 2013 when former NSA contractor Edward Snowden revealed how the NSA had been mishandling phone records?

On June 6, 2013, Snowden leaked a top secret court order issued in April that year. Advocacy journalist Glenn Greenwald was first to reveal the breach of individual privacy, and therefore liberty, via The Guardian. Greenwald ended the historic article by referencing a similar scenario in the 1970s when Congress investigated the government's surveillance activity and methods. The journalist stressed that back then, the NSA could only "spy" on foreign subjects. Initially, surveilling domestic citizens was out of the question but in less than forty years, it's become protocol.

At the time, Idaho Senator Frank Church made a cautionary statement regarding the findings and it applies even more urgently today.

The NSA's capability at any time could be turned around on the American people, and no American would have any privacy left, such is the capability to monitor everything: telephone conversations, telegrams, it doesn't matter.

Furthermore, prior to Jan. 27, 2014, companies had to ask the government for permission to disclose information requests from the government. In response to the backlash caused by Snowden's leak regarding NSA's indiscriminate method for collecting millions of phone records, the government allowed five companies — Google Inc., Microsoft Corp., Yahoo Inc., Facebook Inc. and LinkedIn Corp. — to openly speak about its requests for user information.

Though Apple isn't a service provider, its responsibility to preserve its users' privacy is analogous to that of telecom companies, whom, one might argue, were too trusting of the government. Cook, on the other hand, is wary of making the same mistake and has taken into account the implications of a system that would universally unlock any iPhone. Extracting data from a terrorist's phone is a worthy cause, but is the American government truly worthy of wielding that technology however it pleases?

Cook's decision stems from a cautious and quite frankly warranted distrust of the government, and a keen eye for the repercussions that may present themselves in the future, or better yet, be revealed to a blind public by another Snowden-esque character. Unfortunately, as Cook stated in his letter, there's no way to guarantee the technology is used for good.

Today, the problem isn't the government's collection of domestic citizens' data. That's happening right under our noses and we have to accept it. Instead it's the government's unprecedented power to collect our data without reason and without consent. A handful of investigative government officials have nearly unlimited access to millions of people's information, rendering the lack of balance between "watcher" and "watched" extremely unsettling.