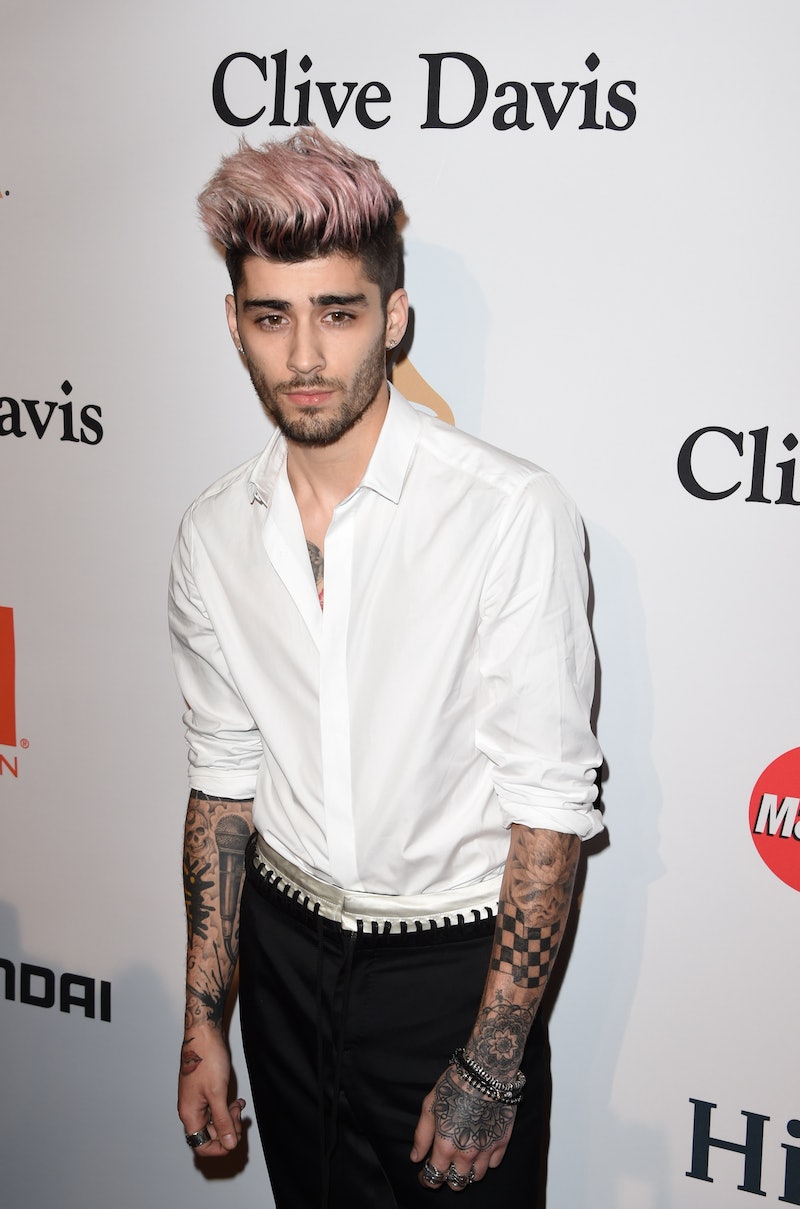 2016 seems to belong to Zayn Malik, and his first live solo appearance on The Tonight Show Starring Jimmy Fallon only cemented that fact. Not only did he perform a new song called "It's You," which is allegedly about Malik's ex Perrie Edwards, but also something quite incredible happened. The former 1D member revealed the cover of his forthcoming album, Mind of Mine , due out March 25, which just happens to be the one year anniversary of his leaving One Direction. But what exactly is happening on Zayn Malik's Mind Of Mine cover? The cover features a child with arms covered in tattoos. Is the child in the photo Malik himself?

Twitter sleuths have noted that the photo on Malik's album cover is, in fact, the singer, but with heavily photoshopped arms. The "Pillowtalk" singer's trademark tattoos have been added on to the baby picture, making for an interesting contrast. It's almost as if two facets of Malik's personality are merging on the album cover, updating his previous boy band persona to incorporate all the recent changes that have taken place. Malik famously said he felt stifled being in One Direction and wanted to finally some him true personality to the world, something he's obviously hoping to do with the Mind Of Mine album cover.

Comparisons have already been made between Mind of Mine 's artwork and Lil Wayne's Tha Carter III & Tha Carter IV, with people claiming that Malik copied Wayne's ideas. Whether this was intentional or not, there is quite a similarity between Lil Wayne's album covers and Malik's debut. The 1D singer is clearly sending a message that he wants his music to be taken seriously, by aligning himself stylistically with other successfully rappers and artists.

Whether the artwork is plagiarised or not, Zayn Malik has certainly made a big impression with his new album cover, and it's sending a strong message. By using an actual photo of himself as a kid, Malik is giving fans an insight into his childhood. And by updating the photo to include all of his tattoos, the photo symbolises a new beginning. The "Pillowtalk" singer is heralding a new era and, as much as I hate to admit it, I don't dislike this new version of artist. While I don't love the cover, I like Zayn Malik's new musical direction, and look forward to what he does next.