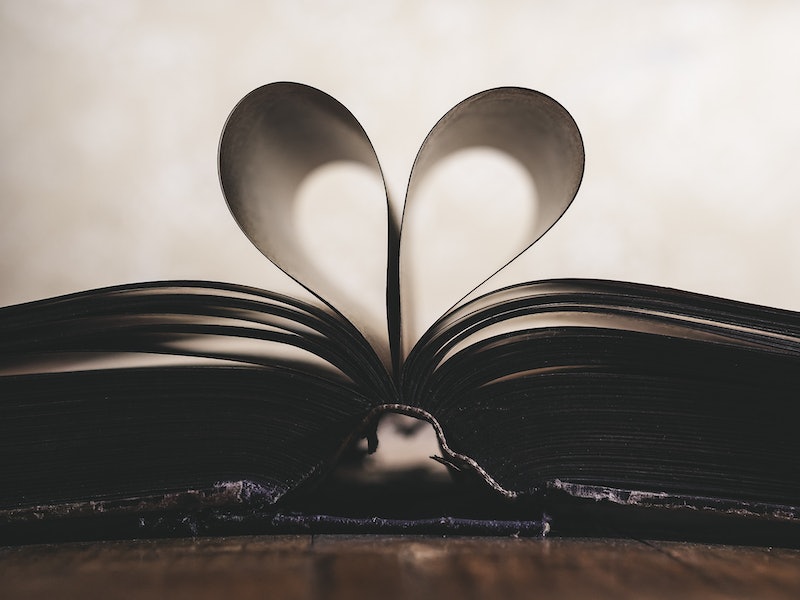 The romance genre doesn't always get the best rep, but let's all be honest with ourselves: Readers love to be in love. There's a strange line between the "serious" books of the literary world and the "cheesy" books, given that most novels have some sort of love story involved in one way or another. Yet the love between Daisy and Gatsby is somehow more literary than the love between Noah and Allie; why is that? I love a good romance novel, and in my many travels through the genre, I've managed to love them not because of their sweeping and to-die-for love stories, but because of their interesting plot. Romance can have just as much intrigue, angst, and humor as other "serious" books out there, and I think that's worth celebrating.

While I've documented several reasons to not discount the genre itself, I've also taken it upon myself to compile a list of 13 romance novels that even serious literary readers may love. Full of spies, intrigue, wittty banter and of course, love. These books are more than just a guilty pleasure. Saddle up and prepare to be enthralled, and in love!

1. Secrets of an Accidental Duchess by Jennifer Haymore

Secrets of an Accidental Duchess centers on fragile Olivia Donovan, who survived a nasty bout of malaria as a child and has been in ill health ever since. While she fully accepts the fact that she will probably remain single her entire life, Olivia still has her own sort of desires. Enter Max, a soon-to-be Duke who bets half his fortune that he'd be able to seduce the mysterious fragile girl. Of course love ensues (with some steamy love scenes to boot!), but this is more than just a cheesy romance novel. Important themes of spousal abuse, worries about infertility, and a pretty scary villain make this book an engrossing read even without the love story.

Jessica Trent is intent on saving her less-than-intelligent brother from the bad influence of the notorious Sebastian Ballister. Ruthlessly intelligent and tough to the core, Jessica never expected to actually fall for him, but fall she has. Sebastian is in the same boat, endlessly infuriated by the beautiful bluestocking, he'll stop it nothing to get her in a position of control, but he'll end up with a lot more than he bargained for. The hate-to-love story is a pretty great one, but the witty and intelligent banter between the two main characters will elevate this to something special.

3. The Secret History of the Pink Carnation by Lauren Willig

Eloise Kelly is a Harvard doctoral student writing her dissertation on the famous pair of floral spies the Scarlet Pimpernel and the Purple Gentian, two heroes of the Napoleonic wars. Jaded and convinced that romantic heroes don't really exist, she one day stumbles upon the secret history of the Pink Carnation, a mysterious spy who single-handedly saved Britain from Napoleon, and in the process uncovers a love story that nearly changed the course of history. Romance, intrigue, and mistaken identities abound, making it a perfect read for fans of spy novels.

4. Heroes Are My Weakness by Susan Elizabeth Phillips

Annie Hewitt is puppeteer who is down on her luck, with nowhere else to go but back to the cottage on an island off the coast of Maine where she spent time as a teenager. It's a bleak prospect, but she hopes to uncover the legacy left by her dying mother while she's there. To further complicate matters, Annie's former crush-turned-bully Theo Harp is also back in town, having become a famous author in the years they've been apart. Mysteries abound on the island, but will the two get over their tragic past in order to move on? This one is ideal for fans of Gothic novels.

5. The Lady of the Storm by Kathryne Kennedy

Ideal for serious readers of fantasy, The Lady of the Storm centers on Cecily Sutton, a simple villager who just so happens to possess the ability to control storms and the sea, a power she refuses to use for fear of abusing it. The land is in turmoil thanks to Imperial Lord Breden, and Cecily's father has been missing for what seems like forever on a mission for the Rebellion, leaving Cecily in the care of Giles, an elf blacksmith who owns a magical store. After their village is attacked by the Imperial Lord, Cecily is forced to use her powers to protect her people. Her only hope to return to a quiet life lies in finding her father, so her and Giles team up to find him, sending them on an adventure of magical proportions. As the two journey, their feelings for each other grow, but the twists and turns in this fantasy take center stage.

Kate Love is an intrepid newspaper reporter based out of Chicago during the times of the Wild West. When she is forced into an arranged marriage with Seminole Marshal Dixon Wildhorse to spare her father from going to jail, she's relieved thanks in part to the fact that she won't have to marry the terrible snake Rupert Samuels. This is a historical romance featuring an African-American heroine who is strong and completely awesome. The love story is passionate, the outlaw tensions are tense, and you'll learn a little bit about the history of the Seminole people along the way.

Inspired by the poem The Highwayman by Alfred Noyes, The Landlord's Black-Eyed Daughter centers on bestselling novelist Elizabeth Wyndham, a clever and sharp-tongued woman who is nothing like the heroines she writes about. She's inexplicably drawn to handsome ex-soldier Rand Remington, a disillusioned man who spends his nights robbing the rich to give to the poor. When the men who are trying to capture Rand quickly realize his connection to Elizabeth, they decide to use the famous poem as inspiration in order to catch him once and for all.

For readers who are captivated by the Tudor period of English History, The Serpent Garden is based around a very specific event from that period: the brief marriage of Henry VIII's sister Mary and the King of France. This serves as a backdrop to the story of Susannah, a widowed painter whose incredible talent catches the eye of Cardinal Wolsey and ends with her journeying to France along with Mary and becoming the target of religious fanatics. Luckily for her, she's also caught the attention of Hadriel, the angel of art, along with a host of other demons. It's a lighthearted story full of angels and demons, definitely on the more "serious" side of romance.

For fans of fairy tale retellings (in this case Beauty and the Beast) there's Ravished. Centering on Harriet Pomeroy, an eccentric, fossil-collecting nerd who is having a difficult time dealing with the thieves that have been using the coves on her property for smuggling. At her wit's end, she calls upon Gideon Westbrook, known as the Beast of Blackthorne Hall thanks to his scarred face and his terrible reputation. Harriet isn't afraid of him however, and their pairing spawns a love story full of quirkiness and good humor.

10. The Winter Sea by Susanna Kearsley

In the spring of 1708, an invasion of Jacobites and French soldiers almost succeed in helping the exiled James Stewart reclaim his Scottish crown, and bestselling novelist Carrie McClelland wants to turn that story into her next novel. Settling into Slains Castle, the very place where it all happened, she creates a heroine named after one of her own ancestors and begins to write. As her novel goes on, she soon realizes that it may be more fact than fiction when her ancestor's experience start to invade her dreams.

For those John Grisham fans who also love a good pun, Practice Makes Perfect centers on lawyers Payton Kendall and J.D. Jameson. While Payton is a feminist in a male-dominated career, J.D. is a spoiled rich boy who can barely repress his own cockiness. The two of them have managed to remain civil for eight years in order to one day make partner. The shaky peace is disrupted when they are asked to team up for a major case. Sparks fly between them, but their blossoming love is soon placed in jeopardy when they learn that only one of them will end up being partner. Of course, this means war.

Set in the mysterious little town of Summerville, Ohio, Dogs and Goddesses centers on the magical lives of three women and their dogs. New in town after inheriting a coffee shop from her grandmother, she swiftly begins to brew up magical baked goods that begins to shake up the town, orderly Daisy's inner chaos is unleashed right around the time she meets a dog trainer with a disturbingly hands-on approach, and ancient history professor Shar wakes up one morning to find a god sitting on her kitchen table. To make matters worse, an ancient goddess is planning on awakening in the town, and now it's up to these three women to stop the potential apocalypse.

13. Caged in Winter by Brighton Walsh

It's love at first sight for aspiring chef Cade Maxwell when it comes to the beautiful Winter Jacobson, but the path to true love doesn't run smooth for this couple. When she gets angry at him for saving her from a drunken customer, it becomes apparent that there's something Winter is dealing with that keeps her from fully living her life. While the romance takes center stage here, it's also an important study about how Prince Charming shouldn't be the one to save you, you can save yourself.