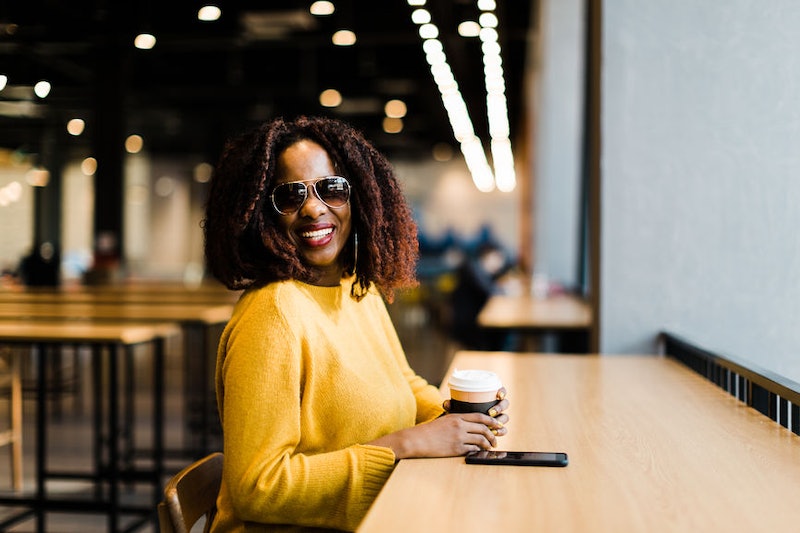 Most of us start the day swatting at our alarm clocks, unwilling (or momentarily unable) to start the day. This attitude then kind of bleeds over into the rest of the day, as you drag yourself to and fro all the things that need to get done. But imagine if you had a nice morning routine that set you up for a positive day. Wouldn't that be so much better?

I've always admired people with nice morning rituals. I'm mostly thinking about friends of mine who sip tea whilst staring out the window, or engage in a relaxing yoga/meditation routine before work. And of course they are the more organized and grounded people I know. So I'm going to go ahead and extrapolate a connection between how you start your day, and what kind of life you have.

I mean, it makes a lot of sense that a positive morning routine would rub off on the rest of your day. I really like what life coach Debra Smouse has to say on TinyBuddha.com. "If you want an extraordinary life, you must have equally extraordinary routines and rituals," Smouse said. Yes to that.

So, in the spirit of 86-ing your usual crazy wakeup routine, here are some morning rituals that can set you up for a happier, more positive day.

Those extra few minutes of snoozing always seem like a good idea. That is, until you finally drag yourself from bed and realize with horror that you only have five minutes to get ready. Great... now you have to scramble around the house looking for your shoes/wallet/clean underwear, which of course are nowhere to be found. And when you finally do make it out the door, you're a sweaty, stressed out mess who is cursed to spend the rest of the day feeling disorganized. That doesn't sound very nice, now does it?

Instead of all that, I suggest going to bed earlier and waking up on time. Or better yet, get up earlier than you normally would. Having enough time to truly get ready (not to mention time to do all the other stuff on the list) will make for a much more positive, stress-free day.

Many of us are in the habit of perusing our phones first thing in the morning, probably because we're all addicted to social media. But most of what gets posted online isn't what you want flooding your brain so early in the day, especially when you're trying to be more positive.

Sure, some of it is nice, such as emails from friends, funny posts on Facebook, beautiful Instagram photos, etc. The rest of it, however, is just stressful trash. Twitter rants, horrific news, mean Youtube comments — it's really no way to start your day. So do what you can to ban your phone in the a.m. As Kate Bratskeir suggested in an article for the Huffington Post, you can help the situation by buying a good old-fashioned alarm clock and keeping your phone in the other room while you sleep. That way, it'll be less tempting to reach for it the moment your eyes pop open.

You're probably going to want to replace your early morning phone habit with something else. And if positivity is what you're going for, then I highly recommend reading something nice. Like I said, no Twitter rants or mean celebrity blogs. Instead, might I suggest a good book, your fav travel blog, or a lovely magazine? You'll get your fix of flipping through something, without filling your brain with negative mush.

4. Think A Positive Thought, Or Two, Or Three

It might take a bit of practice, since so many of us wake up and immediately delve into our stressful to-do lists. But don't let your mind run away with you, lest you go down the road to negativity. As Elise Santilli suggested in an article for the Huffington Post, "Take back control by beginning your day with a short mantra or prayer — it will keep your mind calm and set the tone for your morning."

5. Set Some Good Intentions For The Day

I love a positive visualization, because I think going through a scenario in your head helps your brain know what to do when in the actual moment. So take a minute and picture yourself getting to work on time, saying "hi" to coworkers, finishing a project, meeting up with friends at the gym, etc. Then, bask in the glory of those things coming to fruition.

But beyond just to-do lists, you should also set the intention for how you want to feel during the day. As Wiest noted,"It’s not that much different than scribbling down your 'to do' list except for one major factor — your intentions don’t have to be tasks and responsibilities. To be most effective, they should be how you’ll approach your tasks and responsibilities. To not have anxiety on your morning commute, to answer your emails first thing in the morning rather than put them off, etc."

Sure, you can trudge around your apartment in total silence with nothing more to listen to than the sound of your shuffling feet. Or, you can soundtrack your life with a bit of upbeat music. According to Gilbert Ross on Lifehack.org, "Uplifting music can have a direct impact on our mood especially in the morning. It charges us emotionally and tunes us into a more positive outlook of the day ahead ... Try to listen to more uplifting music in the morning even if, or especially if, your mood does not dictate so."

7. Sit Quietly For A Few Minutes

If you like to meditate, then I highly recommend starting your day with some mindfulness. But if the word "meditation" just sounds like too much to commit to, then simply sit quietly for a few minutes each morning. "Sit without the distractions of media or entertainment or TV or other people for a little bit. You don’t have to close your eyes or anything, and you don’t have to focus on your breath if you don’t want to. I do it with tea in the morning, and it helps me focus to center rather than constantly be pulled in five different directions as soon as I wake up," Wiest suggested.

How you start your morning sets the tone for your entire day. So make it a good one.