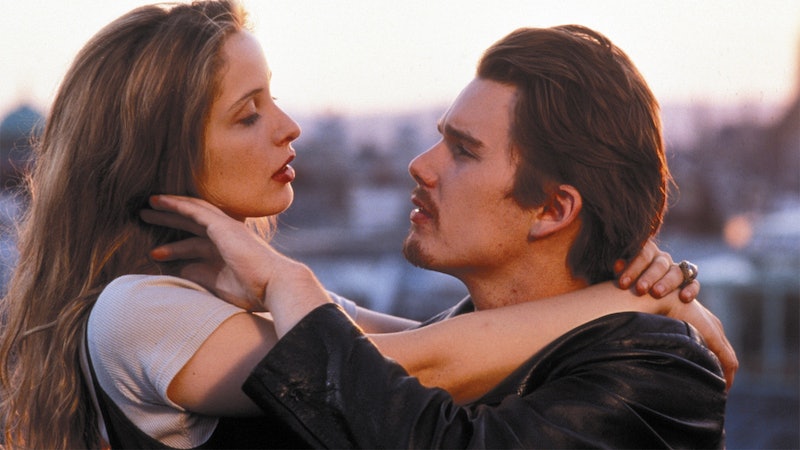 It's easy to think of sex scenes off the top of your head given that 2015 produced such gems as 50 Shades of Grey, Trainwreck, and that one scene with Desi and Marnie in the kitchen on Girls . But with so much in-your-face intercourse from Hollywood in recent times, it can be hard to think of works that are sexy in a subtler way. The truth, though, is that there are actually a ton of underrated sexy movies that explore human sexuality through overall content and style as well as choice insertions (pun intended) of steamy scenes.

An intimate relationship between two characters that lasts the length of a film can have a way higher sexy impact factor than a straight-up sex scene, and cinematography can also make a huge difference in shaping our perception of how sexy a film is. For example, which do you think is sexier: the first sex scene in Knocked Up, or the pottery wheel scene in Ghost? Style and context definitely make a difference. So check out some of these underrated sexy movies, most of which are significantly less ostentatious than 50 Shades of Grey, but still definitely worth dimming the lights for.

The kissing scene between Selma Blair and Sarah Michelle Gellar is one of the most famous moments of this 1999 film, but the scene where Ryan Philippe and Reese Witherspoon's characters sleep together for the first time is really sweetly sensual (and also kind of funny when you consider that the two actors were already dating at the time).

After a buildup of playful romantic tension throughout the entire film, Amélie's long-awaited intimate encounter with Nino is heart-meltingly tender. Moreover, the movie itself has playfully sensual undertones, emphasizing the small visceral pleasures of life.

"It's like you're photoshopped!" exclaims a flustered Emma Stone at the site of Ryan Gosling's abs after he takes his shirt off. And then they reenact the "lift" scene from Dirty Dancing, culminating in a closeup of him gently lowering her back down to the ground as rain falls outside. Swoon.

This adaptation of the play by Patrick Marber takes a heartwrenching look at human behaviors regarding love, intimacy, and the need to get closer.

Yes, it's a raunchy comedy about a phone sex line, but this movie also has some very intimate moments in its depiction of the growing friendship between the two female characters.

There's a lot more than candy being served up in this sexy flick; chocolate serves as a metaphor for awakening one's repressed desires and indulging in pleasure; both in terms of taste and touch.

This Spanish film from director Pedro Almodovar explores communication between the sexes, which it accomplishes as much with sensual cinematography as it does with words. 100% worth the subtitles.

Although this movie has a horrific twist, the love between the two main characters prior to that is totally palpable.

When your marriage comes with the caveat that your husband involuntarily time travels, you have to make the most of the time you have together to get down and dirty. This movie doesn't miss the opportunity to emphasize that point.

This minimalist movie about a chance encounter between two strangers shows that emotional nakedness can be just as alluring as physical nakedness.