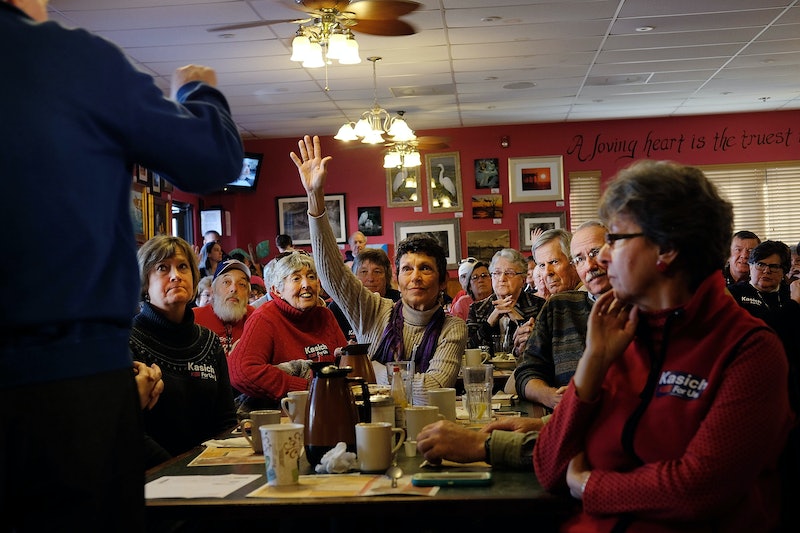 The Republican South Carolina Primary is set to take place on Saturday, Feb. 20. The Democrats get their say in the Palmetto State the following week on Saturday, Feb. 27. South Carolina has the special distinction as being the "first in the south" to hold its primary while a majority of the states that hold primaries are stuck waiting until Super Tuesday. Now that all eyes are on South Carolina, many are wondering how the South Carolina Primary works? It turns out that the primary is fairly standard, though its timing and demographics are what truly make the state unique.

As with any other presidential primary, the event is open to all registered voters, including those who are not registered to a particular party. Only one vote may be cast in just one primary, thus undecided voters must pick whether they will participate in the Democratic or Republican event but cannot do both. Delegates are distributed based off the amount of votes each candidate garners, thus the candidate with the strongest showing will ostensibly receive the most delegates. Polling places will be open all day from 7 a.m. to 7 p.m. and voters will also be allowed to submit their ballot via absentee voting as well.

What sets the South Carolina Primary apart from the previous primary, which took place in New Hampshire earlier this month, is its demographics. There are currently over 800,000 nonwhite registered voters and nearly 1.9 million white registered voters, according to an online database provided by the state. Approximately 28 percent of South Carolina residents are African American compared to 1 percent in New Hampshire. The state also has a slightly younger median age, which may come in handy for candidates like Bernie Sanders, who appears to have successfully been able to court the youth vote around the country.