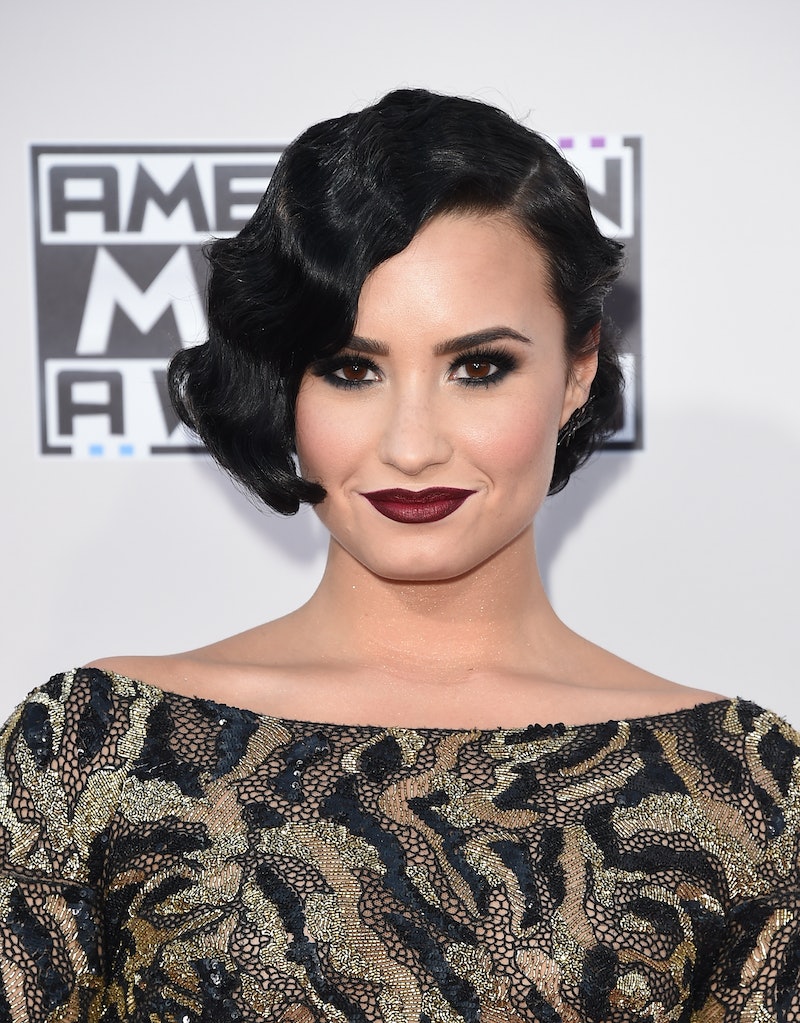 This year, Feb. 21-27 marks National Eating Disorders Awareness Week, so there's no time like the present to educate ourselves about the illness that affects approximately 30 million American women and men at some point in their lives. Far too often, the illness is chalked up to a "vanity issue." During my own recovery, I was told to stop reading fashion magazines and watching TV shows with ultra-skinny actresses. (How I wish it were that simple!) When we think about celebrities with eating disorders, it's easy to assume that they develop the illness because they work in an industry that places such incredible pressure on women and men to look a certain way. But, as the following celebrities with eating disorders have made clear, their illnesses were developed due to a complex number of issues such as pre-existing depression, anxiety, and low self-esteem.

Coping with an eating disorder and the subsequent treatment process is painful for everyone, but I can't imagine what it must be like for celebrities to go through all this in the public eye — especially when tabloids are so eager to turn their suffering into a sensational headline. The following six celebrities have been candid about their struggles in an effort to raise awareness and fight the stigma against eating disorders. Their words are inspirational and prove that we all can recover and be stronger for it — and they also send the important message that, in order to recover, we have to do way more than simply re-think our relationship with food. Through therapy and the support of family and friends, we can build our self-esteem and recognize our own worth.

Lovato has been candid about her struggles with bipolar disorder, self-harm, and eating disorders and the time she spent time in a residential treatment facility to focus on restoring her health. In 2011, Lovato penned an insightful essay for Seventeen about what it's like to live with — and recover from — an eating disorder. She reiterated the incredibly important, and often overlooked point, that eating disorders are not about food and stem from a complex variety of issues, such as anxiety, depression, bullying, and "the pressure that's out there to meet impossible standards."

In a 2012 interview with Katie Couric, Lovato revealed that she was bullied so severely by classmates that she ultimately chose to homeschool — and she used the eating disorder to numb her emotions and feel a sense of control. Lovato offered these words of advice to others who are struggling with eating disorders:

The only way to accept yourself is to say, "God, I'm giving it to you," or whatever you feel gives you that power. It's just surrendering and saying, "I can't do this to my body anymore. I'm going to let my body be what it naturally is supposed to be."

Eating disorder awareness continues to be a cause close to Lovato's heart. On Thanksgiving 2015, she tweeted this message to her followers:

Lovato has also launched the Be Vocal Now initiative which encourages people to speak up about their mental health and fight the stigmas that surround these illnesses.

Like her character on Pretty Little Liars, Troian Bellisario knows a thing or two about perfectionism. In the above interview with Larry King, Bellisario emphasizes the importance of not focusing on the "sensationalization" aspect of eating disorders — and her point about not focusing on how many pounds someone lost is so important, because people of all shapes and sizes suffer from eating disorders.

Furthermore, she articulates that an eating disorder is a coping mechanism and the way to heal is by confronting the underlying problems that triggered the illness:

Addressing the underlying issues can be painful in the short-term, but it's the only way to recover and this can't be emphasized enough.

Fonda struggled with body image issues and eating disorders for decades. Anorexia and bulimia are far too often dismissed as "teenage" problems and it's so important that Fonda has brought attention to the fact that eating disorders don't discriminate based on age. Fonda ultimately realized that she would lose everything precious to her if she didn't get help. She told Harper's Bazaar , “I had a career, I was winning awards, I was supporting nonprofits, I had a family. I had to make a choice: I live or I die." Now, she empowers other women to do the same through her exercise empire that focuses on staying active and fit in a healthy manner.

Best known for her roles on Ally McBeal and Arrested Development, de Rossi suffered from anorexia and bulimia from the age of 12 well into adulthood. In her memoir Unbearable Lightness: A Story of Loss and Gain, de Rossi describes using her eating disorder to cope with her fears of being outed as gay combined with the pressures of her job. Although her memoir pulls no punches when it comes to describing the daily suffering of living with an eating disorder, its overall message is empowering and inspiring: no one is perfect and that's more than OK. She writes,

...accept yourself. Love your body the way it is and feel grateful towards it. Most importantly, in order to find real happiness, you must learn to love yourself for the totality of who you are and not just what you look like.

Now an ambassador for the National Eating Disorders Association, Sopranos star Jamie-Lynn Sigler struggled with exercise bulimia as a teenager — and she nearly lost her gig as Meadow Soprano because of it. She refused to let the illness win and sought treatment. With her eating disorder in the past, Sigler feels triumphant when she looks back at photos of herself during that dark time: "I thought that that was my life. I was set. This was the way I was going to have to live my life. And knowing that I was able to overcome it and be healthy and happy again is amazing." This feeling is so common amongst people who are in the throes of an eating disorder — we feel like it's never going to end and it will always be a part of our lives. Sigler's words are so important because they illustrate that full recovery is entirely possible and we can become happy, healthy individuals again.

London opened up about her struggles with anorexia and compulsive overeating in her 2012 book The Truth About Style. Her goal in coming forward about her illness was to help lessen the shame and stigma experienced by other people with eating disorders. As quoted by People, London wrote, "[M]y value doesn't simply come from [being thin]. It comes from me and solely from me. It took me a long time to recognize that."

All these women deserve major props for using their platforms to empower and inspire individuals who are suffering from eating disorders. Most importantly, they're living proof that recovery is possible and, once we're in a better place, we can pay it forward by helping others work towards the health and happiness they deserve.

More like this
This TikTok Trend Will Help You Be Kinder To Yourself, Says Scarlett Moffatt
By Frances Stewart
Demi Lovato, Jessica Chastain & More Stars Celebrated The 4th Of July By Protesting
By Jake Viswanath
Travis Barker & Kourney Kardashian’s Updates About His Health Are Promising
By Stephanie Topacio Long
Victoria Beckham Spoke Out About Being Weighed On Live TV After Giving Birth
By Frances Stewart
Get Even More From Bustle — Sign Up For The Newsletter