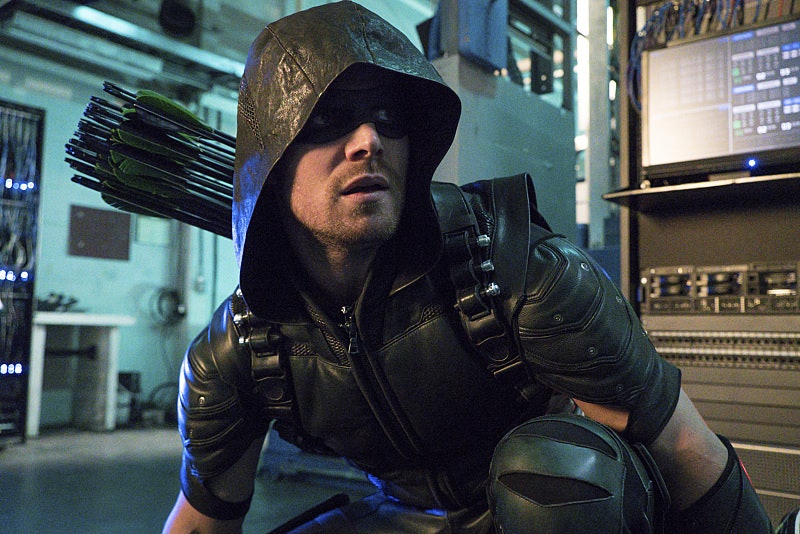 Don't you just hate when an annoying bounty hunter causes you to get knocked out of her time stream and crash land into a random place and era in time? Seriously, if I had a nickel for every time that happened... (Just kidding, I would have zero nickels.) However, as unpleasant as it may have been for our Legends to experience, it proved to make an extremely compelling plot twist for us viewers. You see, because these guys didn't just crash land anywhere. Legends of Tomorrow has time traveled to Star City 2046 and quite honestly, things do not look so great there. Aside from the awesome Smoak Technologies building, the place is completely run down. But not only that, in this future, Star City has a new Green Arrow, which many believe to be Connor Hawke.

As I'm sure many of you already know, Connor Hawke is the name of Oliver's son in the DC Comics. But considering that the Arrow writers opted to go another way with that storyline (hence why Oliver's son is named William), this leaves Hawke's character up for interpretation. Who is he? Where did he come from? What does he want? And why is he dressed up as the Green Arrow? These are all questions that next week's Legends of Tomorrow episode "Star City 2046" are bound to explore.

Maybe he became Oliver's protege, which would at least partially reflect his comic book origins of becoming the second Green Arrow. Given that we're now in the year 2046, Oliver can't still be expected to be at his vigilante best anymore. Age takes its toll on everyone... even heroes. But regardless of what this new guy's motives are, you can at least take comfort in knowing that Oliver is still alive during this time period. In fact, he's even sporting the iconic goatee...

However, that still doesn't explain what's happened to Star City, especially since the Legend succeeding in destroying Soviet Firestorm. (Or at least they thought they did.) Either way, I think it definitely goes without saying that next week's episode can't get here soon enough.