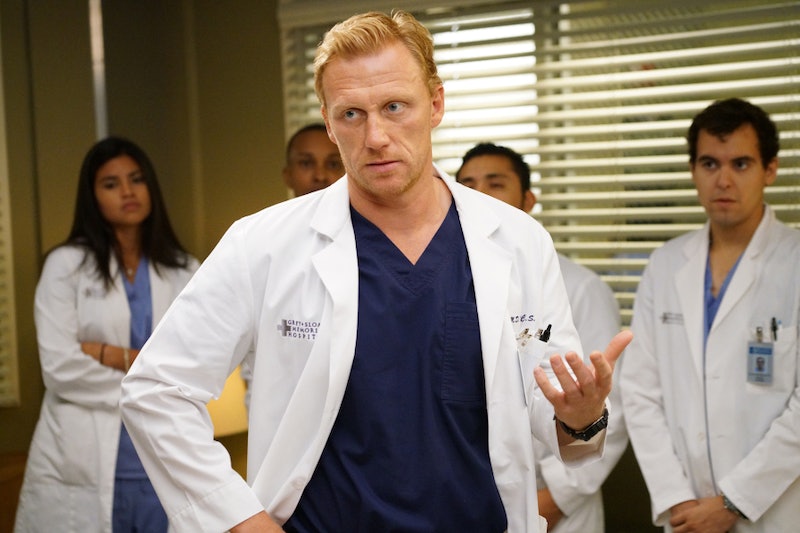 Owen Hunt hasn’t exactly been an open book during his time on Grey’s Anatomy. When he came on the scene in Season 5, he had a chip on his shoulder, he wanted to perform surgeries guerilla-style like he did in Iraq, and he was suffering from a serious case of PTSD. Slowly but surely, Owen has opened up — to a point. He’s gone from choking Christina in a PTSD fugue state to going to therapy for his illness; from not telling his mother that he was back from the Army to welcoming her into his arms; and from divorcing Christina to rehiring April Kepner. But we’re about to cross a new frontier with Owen — that of his sister. How did Owen’s sister die on Grey’s Anatomy ?

All of these feelings about his sister being dead were revived when Nathan Riggs came to Grey Sloan. Owen was not happy about Nathan’s presence, so much so that they got in a fistfight over it. Not pretty. It turns out that Nathan was married to Owen’s sister, and Owen blames Nathan for her death. Owen told Amelia that Nathan should have been able to save his sister, and that they lost her because of Nathan. What does it all mean?

My guess? It’s that, since Nathan is a cardiothoracic surgeon, Owen’s sister had some kind of heart problem that went undiagnosed or untreated. It makes sense — Owen is not a heart surgeon, so he could blame the heart doctor for not being able to treat his sister’s heart. Nathan also worked with a Doctors Without Borders-type company, so maybe Owen’s sister was with him and got lost at sea or lost in some jungle somewhere and Nathan couldn’t save her. There are a lot of possibilities here, but at least I know this — Owen isn’t getting over the loss of his sister anytime soon.

More like this
Taylor Armstrong Would “Definitely” Return To RHOBH After Her Season 3 Exit
By Brad Witter
Hayden Panettiere Admits "Addiction" To Alcohol & Opioids Before Going Sober
By Jake Viswanath
Noah Schnapp Is Setting Up Doja Cat With 'Stranger Things' Co-Star Joseph Quinn
By Jake Viswanath
Is 'Stranger Things' Fan-Favorite Joseph Quinn Dating Anyone? Doja Cat Volunteers
By Grace Wehniainen
Get Even More From Bustle — Sign Up For The Newsletter