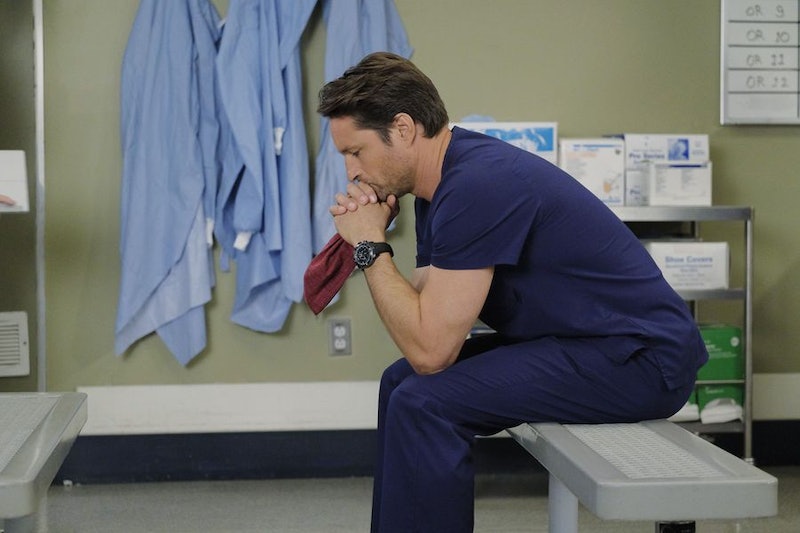 Before the winter finale of Grey’s Anatomy, we met Dr. Nathan Riggs, an old pal of Dr. Owen Hunt who also happened to be his ex-brother-in-law. There was definitely no love lost between these two, and they even got into a fistfight at the hospital over…well, at the time we didn’t know. But now, two episodes in to the rest of the reason, viewers have gotten a little more of an answer to the question — What happened to Owen’s sister on Grey’s Anatomy ?

It’s a shame that Owen and Nathan don’t get along anymore, because they really do operate seamlessly as a couple. They performed an open-heart surgery together, and, as Bailey said, it was like watching a ballet. Except they quickly blew the whole thing up when they started bickering at the end. Guys, can’t we all just get along? Apparently, we can’t, and Owen sort of told Amelia Shepherd why — he said something about Nathan not “being able to save” his sister, who was three years younger and smart and beautiful and all that jazz. Owen just kept saying that Nathan should have been able to help his sister, and before Amelia could pry anything else out of him, Owen said he doesn’t like to talk about it. Way to cut our legs out from underneath us, Owen.

Now, what could it be? How did Owen’s sister die? Since Nathan is a cardiothoracic surgeon, perhaps she had a heart condition that Nathan failed to diagnose and treat in time. If we want to go the non-medical route, maybe they got in an accident or something and Nathan didn’t save his wife. Or, if we consider the fact that maybe Owen is just very, very dramatic, perhaps Nathan lost his wife through no fault of his own and is grieving just the same on his own. I hope we find out soon — I can’t take this dragging out until the end of the season.