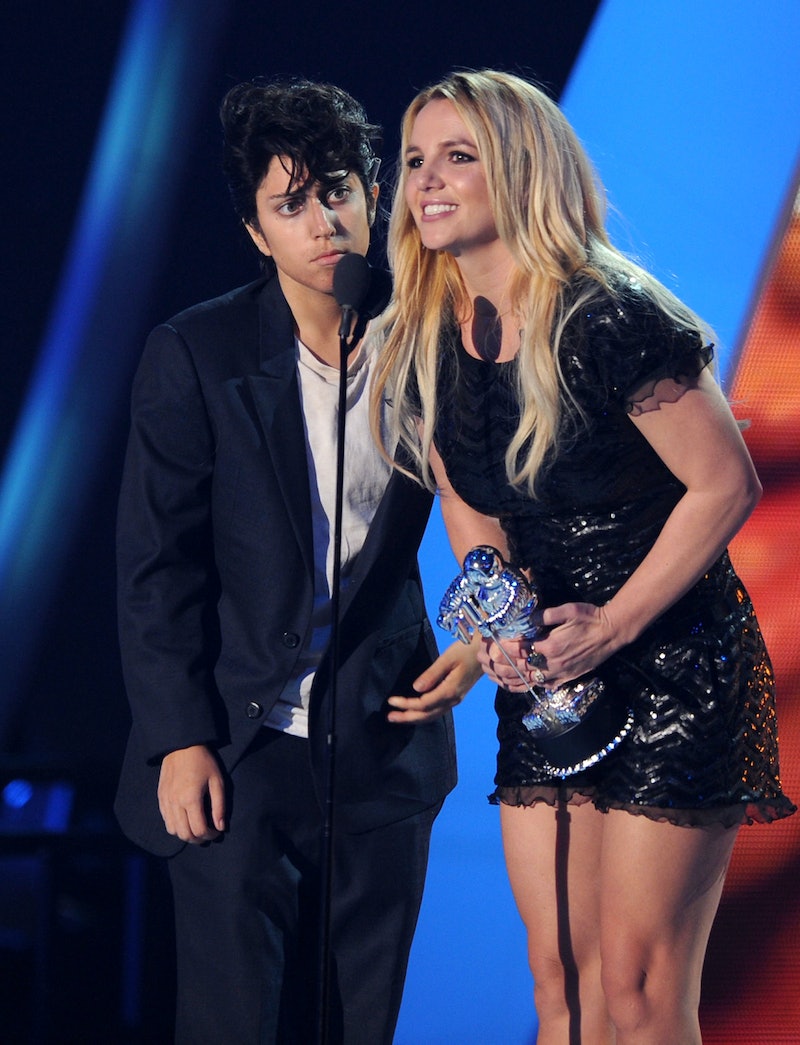 On Thursday night, a tweet happened. A tweet that sent me reeling. A tweet I was not ready for. And then, after said tweet, an @reply happened. An @reply that sent me reeling. An @reply I was not ready for. Admittedly, neither the tweet nor the @reply had anything do with me. It was a quick exchange between Britney Spears and Lady Gaga. Oh, a tweet convo between Spears and Gaga? I take back what I said. That has everything to do with me.

Why do I care so deeply about these two tweets? Well, it all started in 1981, when Britney Jean Spears was born. Fast-forward to 1986, the year of Stefani Germanotta’s birth. Fast-forward again to last fall, when a rumor surfaced. A rumor that Gaga would be featured on Spears’ song “Alien.” AHHHH. What a pairing. What a DREAM.

However, when Britney Jean dropped, Gaga's voice was not on "Alien." The rumor was a sham. The dream of a Britney Spears/Lady Gaga duet was shattered. Pop music fans like myself stuck our hands in our pockets, dropped our heads, and kicked rocks in our backyards. And then, we shook our balled-up fists in the air and shouted, “THANKS FOR LETTING ME DOWN, INTERNET.”

But back in December, both Spears and Gaga said they'd be game for a collaboration. AHHHHH. The hope came back. THE HOPE CAME BACK. "You're okay, Internet. I forgive you." Even so, I did my best to keep my feelings in check. They could be nothing more than flippant comments, I thought to myself. Don’t work yourself into a froth over this until it’s confirmed. Don’t let this be “Alien” all over again. You can't handle that.

And then, Thursday night, Spears tweeted a cryptic tweet:

LADY GAGA IS TOTALLY THE LITTLE BIRD/LIL' BIRDIE! Case closed. Now that we’ve cleared that up, what’s the “something cool” refer to? And the “See you soon” part?

I want to think all of this means they’ll be recording a song together. I really, really do. But after the "Alien" thing, I have to be careful. This exchange is too vague. I can't put my emotional eggs in that basket of a nonexistent duet quite yet.

If they aren't working together, what else could those tweets mean?:

I put that list together for my own benefit. To settle myself down. Because I can’t think about a Britney Spears/Lady Gaga duet until it’s been set in stone. My heart can't take it.

Ugh. Who am I kidding? It's too late. Real or not real, I've already decided that the Spears/Gaga song will be my ringtone.